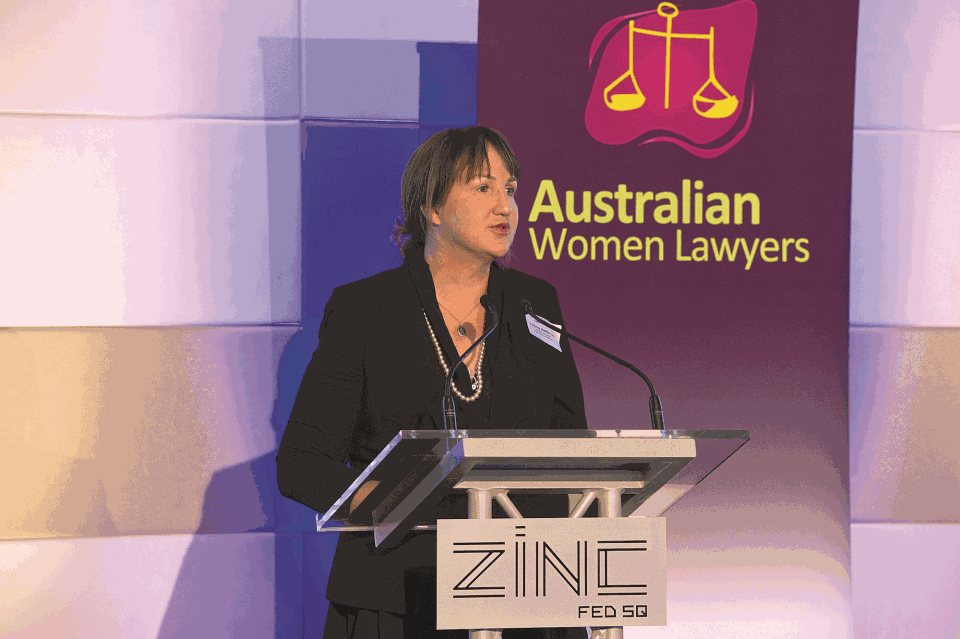 Felicity Heffernan (pictured) joined the WA Department of Planning (DoP) last year. At that time, 53 per cent of its employees said they had experienced or witnessed bullying in the workplace and 68 per cent of 87 respondents said bullying had affected their ability to perform their work duties.

Heffernan undertook substantial pro bono work, including making submissions to the Federal Inquiry on Workplace Bullying, to identify and address a gap in effective laws to prevent workplace bullying.

George Brown, a councillor in the Community and Public Sector (CPSU) Union (WA Branch), said Heffernan impressed the CPSU with her ethics and integrity.

“[She made] a culture shift and change that helped female lawyers …  and other employees to address significant gaps between being a member of a profession and making that count in a workplace to stop inappropriate behaviours.”

Also in the running for the award was Baker & McKenzie’s Kate Gillingham, who is an advisor for the Homeless Persons Legal Clinic and has committed more than 300 hours to pro bono matters over the last year.

Clayton Utz litigator Larissa Cook’s work in championing the rights of victims of sexual assault also stole the judge’s attention. She recently trained the Office of the DPP, Legal Aid and the NSW Police Sex Crimes Unit on the Sexual Assault Communications Privilege.

Despite some stiff competition, Heffernan’s work in response to a serious human rights violation helped her earn the esteemed award. She was available, pro bono, to the CPSU in regards to the violation, which Brown said brought her into conflict with the CEO and the executive group of the Department, but did not deter her from standing up “for what was right in relation to her professional obligations”.

Upon accepting the award, Heffernan said that pro bono work is crucial to what lawyers represent.

“I think Martin Luther King once said ‘you don’t have to see the whole staircase, you just have to take the first step’ and there are lots of opportunities across a diverse range of legal areas that lots of people, whether you’re a junior, middle or senior practitioner, can help so many different people and get teams of people to help people and that’s what we’re here for; not just money [but] ethical requirements,” said Heffernan.

“Helping people is really important if you love the law.”

Heffernan's own work helped to make a substantial contribution to changes in the Department.

Heffernan also carries out pro bono wok with Australia's Religious Response to People Trafficking for the Holy Sisters, together with the Red Cross and Law Centres, as well as for the Chinese Conservation Education Trust.