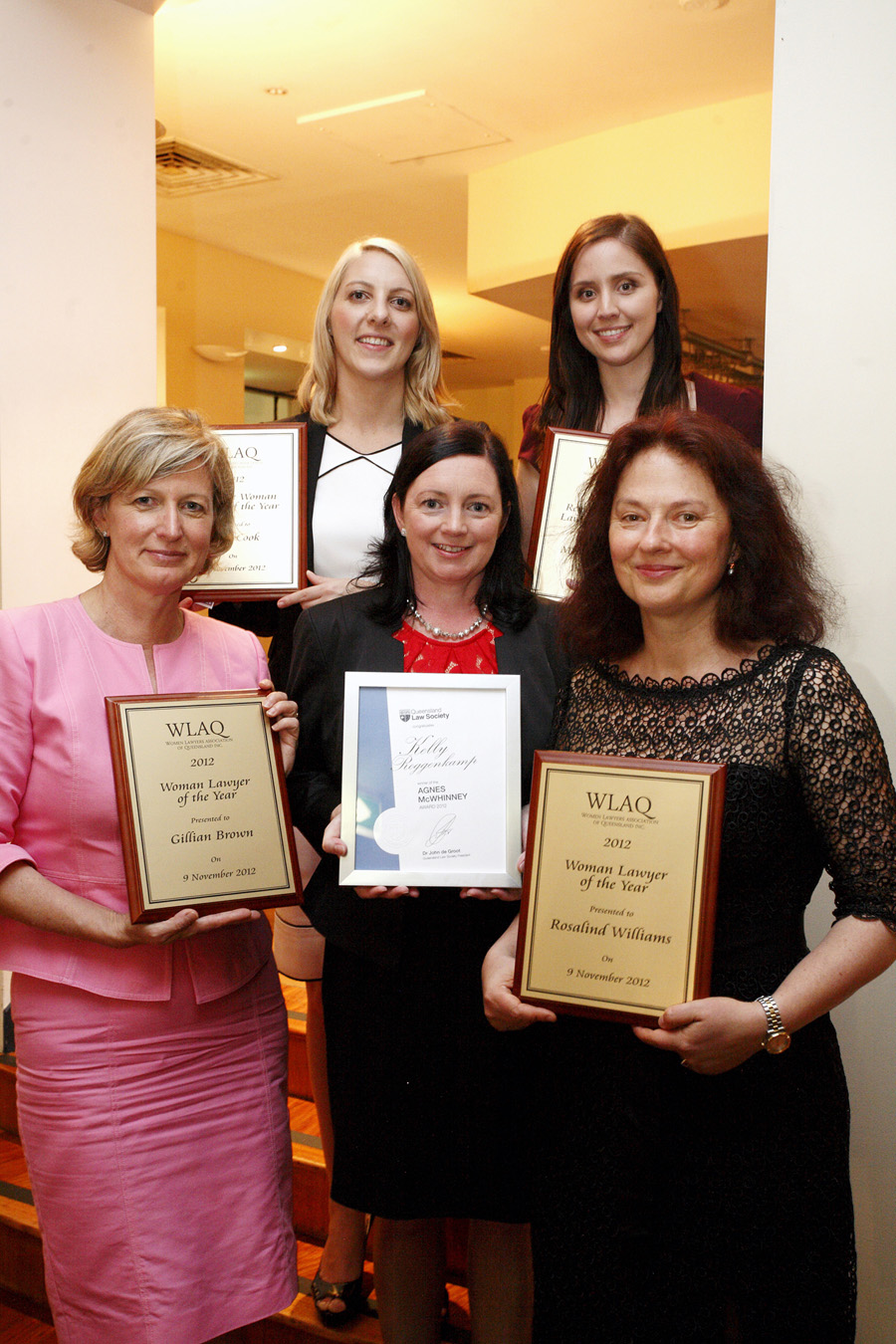 The high quality of female lawyers in Queensland was shown at the Women Lawyers Association of Queensland (WLAQ) Law Awards on 9 November, with the top prize shared by two of the state’s finest legal practitioners, reports WLAQ secretary Gerowyn Schuster.

The high quality of female lawyers in Queensland was shown at the Women Lawyers Association of Queensland (WLAQ) Law Awards on 9 November, with the top prize shared by two of the state’s finest legal practitioners, reports WLAQ secretary Gerowyn Schuster.

The WLAQ promotes the interests and advancement of Queensland's female legal practitioners by enhancing awareness of the valuable contributions that women make to the law.

The WLAQ Awards celebrate and honour pre-eminent female lawyers who excel in the law and have made significant contributions to Queensland's legal profession.

The high calibre of female lawyers in Queensland was highlighted by the fact the prestigious Queensland Woman Lawyer of the Year Award had joint winners: Gillian Brown and Rosalind Williams.

Brown is a senior partner at Minter Ellison and the head of the firm's Queensland finance division. The Award recognised her efforts in the national firm’s decision to adopt a Diversity Policy and her ongoing work as a role model and mentor.

During her time at Caxton, she has mentored hundreds of law students. Williams has contributed to publications including the Queensland Law Handbook and the Lawyers Practice Manual. She often runs workshops for unemployed women and newly-arrived migrants.

Roggenkamp has worked with the Aboriginal and Torres Strait Islander Legal Service for more than 20 years, providing legal support to those in need.

“Her longevity in such a unique and challenging work environment, coupled with her ability to maintain the highest of professional standards, is testament to her professionalism and skill as a practitioner,” said QLS deputy president Annette Bradfield.

Ross Landsberg, a partner with Minters’ Brisbane office, judged and presented the Award, which is named after his grandmother.

Agnes McWhinney was the first female lawyer in Queensland and one of the first women to practise law in Australia.

The Emergent Woman Lawyer of the Year Award, for practitioners admitted for less then five years, was won by Kara Cook.

Melissa Sinopoli won the Regional Woman Lawyer of the Year Award. Sinopoli, also a finalist in the Legal People Future Star category at the recent Lawyers Weekly Women in Law Awards, was rapidly promoted to associate at MacDonnells Law.

She is the second-youngest associate ever appointed at the firm and the youngest female associate in the firm’s 128-year history.

The keynote address was given by The Honourable Justice Margaret J White, who retires from the Queensland Court of Appeal next year.

This year, WLAQ received the largest number of nominations since the Awards inception.

More than half of Queensland law graduates and almost half of QLS members are women, indicating that nominations will continue to grow in years to come.

Gerowyn Schuster is a lawyer with Minter Ellison in Queensland