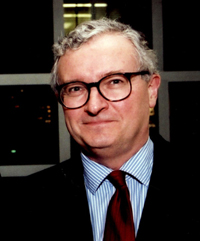 The president of the Court of Appeal in the NSW Supreme Court has praised Salvos Legal’s business model and urged other firms to consider adopting a similar approach.

“Setting up an entirely separate firm [like Salvos Legal has done] to provide assistance to those who cannot afford legal support would give organisations coherence and economic efficiency for their pro bono effort,” he said.

Allsop, who on Tuesday (20 November) was named as the successor to Justice Patrick Keane as chief justice of Federal Court, added that it would create a “visible professional structure” for firms to address a critical social justice issue and emphasise the progress of the profession in access to justice.

The firm has confirmed it has been able to develop and grow the work of Salvos Legal Humanitarian such that it now assists in more than 260 cases each fortnight, and to date has advised or represented in more than 5500 cases.

In his address, Allsop said that providing legal aid to the disadvantaged remained “one of the most important and defining characteristics of the profession”.

“The undertaking of significant pro bono assistance is an essential part of the lifeblood of the profession,” he said. “Many courts simply could not function with anything like the efficiency that they do were it not for practitioners providing their time and skill for the benefit of unrepresented people.”

He revealed that at any one time there are usually about 20 to 30 cases in the Court of Appeal where legal aid is required.

Allsop added that he objects to term the “querulous” being used in the context of such cases.

“Most are not querulous,” he said. “Most are simply people who cannot afford legal help; they go to the Court of Appeal to remedy what they perceive to be the wrongs inflicted on them.”