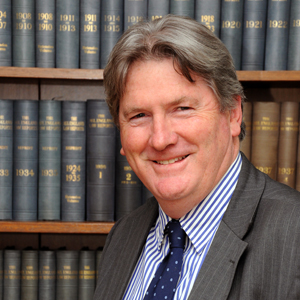 Lawyers, law firms and barristers have pledged their support for a new pro bono committee of the Australian Lawyers Alliance (ALA) supported by the National Pro Bono Resource Centre based at the University of NSW law faculty.

The idea was first mooted at the ALA’s National Conference in Adelaide at the end of last month. Social justice lawyer attendees from large law firms including Maurice Blackburn and Shine pledged involvement, and lawyers from the UK also offered their advice and expertise.

The new committee will aim to be a resource to help plaintiff law firms develop their pro bono practices and will offer continuing legal education pro bono sessions for ALA members.

ALA national president Tony Kerin (pictured) said the state of legal aid in Australia was becoming so dire, with around half a million Australians missing out each year on legal help, that there is real danger of injustices happening.

“By offering up members of our organisation, in conjunction with the National Pro Bono Resource Centre, a strong collaborative can be forged to increase, in some small way, resources to help stem the tide of people that continue to fall through the cracks,” said Kerin, adding that legal aid commissions and community legal centres are overstretched.

Early pro bono intervention unclogs courts that, in many jurisdictions, are facing an increasing number of people queuing to have their cases heard and sometimes choosing to represent themselves, despite having no experience with the legal system, he said.

At the Conference, Refugee and Immigration Law Centre executive director David Manne (who also received the ALA’s joint National Civil Justice Award this year) threw his support behind the initiative.

Manne stressed the importance of the doctrine of legality and respect for the rule of law in immigration matters – praising the pro bono legal support given to him to fight key immigration injustices in the High Court in relation to The Malaysia Solution.

South Australian barrister Claire O’Connor, who helped win Australia’s first ‘stolen generation’ payment and represented Cornelia Rau, who was wrongfully-detained by the Government in 2004, has also pledged involvement, as has Maurice Blackburn CEO Greg Tucker, who told the Conference his firm would assist the new group by sharing educational experience.

Corker said the committee intended to conduct continuing legal education pro bono sessions for ALA members, with a major focus of these sessions being on issues particular to plaintiff law firms as they already take on large amounts of pro bono legal work and many ALA members are plaintiff lawyers.

He also called for greater development of structured pro bono legal practices within plaintiff law firms so that clear decisions were made that a matter was being done pro bono from the outset, and that hours spent were accurately attributed to those specific matters.