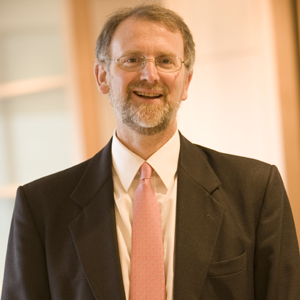 Some of the biggest names in international competition law will descend on Sydney later this month to attend the International Bar Association’s (IBA) 9th Competition Mid-Year Conference.

Some of the biggest names in international competition law will descend on Sydney later this month to attend the International Bar Association’s (IBA) 9th Competition Mid-Year Conference.

This conference, presented by the IBA Antitrust Committee and supported by the IBA Asia-Pacific Regional Forum, will take place in the InterContinental Hotel in Sydney on 21 and 22 March and will focus on antitrust developments in Australia and the Asia-Pacific.

Sessions will include: a regulators roundtable; Merger control – is convergence still on top of the agenda?; Information exchange between competitors – part-time friend or per se enemy; What is market power in Asia-Pacific, Americas and Europe?, and New challenges in the coordination of multi-jurisdictional cartels.

One of the sessions will also include a presentation by international antitrust expert Gary Spratling, from the San Francisco office of law firm Gibson, Dunn & Crutcher.

Peter Armitage (pictured), a partner in the competition and consumer protection group in Ashurst’s Sydney office, will be a moderator at the Merger Control session and says the session will cover “whether or not the aspirations that people have to the convergence of merger control are being borne out in practice or whether we’re seeing persistent or growing divergences between various regimes”.

Armitage told Lawyers Weekly he is particularly looking forward to hearing from speakers from India and China.

“Realistically, China, and Beijing in a sense, is the third key place in merger clearance. When companies are doing multinational deals and they think about where they have to file and who they have to deal with; they’re thinking about Washington, Brussels and now Beijing,” he said.

“China’s really important ... for multi-jurisdictional transactions; and India I think will become increasingly important because, while not on the same economic trajectory as China, they’re definitely heading in that direction and their importance in a global economic sense will increase significantly over the next decade.”

Janet Hui, from Jun He Law Offices, Beijing; Mark Jephcott from Herbert Smith Freehills’ London and Beijing offices, and Nisha Uberoi from Amarchand & Mangaldas & Suresh A Shroff & Co in Mumbai, will be speakers on the Merger Clearance panel, alongside Simon Bishop from RBB Economics in London and Stephen Weissman from Baker Botts in Washington.

A number of Australia-based lawyers are involved in the conference as either moderators or speakers over the two days, with Armitage revealing: “The IBA wanted some on-the-ground assistance and various local lawyers offered to help with organising and so on ... there’s quite a lot of local lawyers who’ve been involved in various ways.”

Up to 9.5 CPD points are available to those attending the conference, the full details of which can be found here.