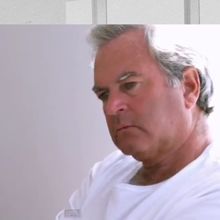 "If this paper shredder could talk…" It's a line in a new firm that gives a fallen lawyer a chance to explain how he bilked investors of more than $400 million a Ponzi scheme.

"If this paper shredder could talk…" It's one of the lines in a new firm that gives a fallen lawyer a chance to explain how he bilked investors of more than $400 million a Ponzi scheme.

Interviews with ex-lawyer Marc Dreier by Marc Simon, a full-time entertainment lawyer and part-time documentary film maker who worked at Dreier's law firm, is the core of a new firm called 'Unraveled'.

"Once you make the decision you're going to do something dishonest, am I so much worse than a shoplifter or somebody that cheats on their tax returns simply because I had the opportunity?," he says in the film. "I think how much you steal is much more a factor of opportunity than by how bad you are."

Simon said he filmed Dreier for 40 to 50 hours in the two months before Dreier was sentenced in July 2009 to 20 years in a US prison.

"It's easy to say 'I would never cross that line', but the line is presented to very very few people," says Dreier in the film.

Simon said he believes Dreier, now 61, who has not seen the film, is "intellectually remorseful" but not "emotionally connected to the damage he caused".

This is SImon's third film. He said the collapse of Dreier's firm was a "personal tragedy" for him. He had worked there for six years, and Dreier had been a mentor who supported him in growing his entertainment law practice, reports the New York Law Journal.

Dreier says in the film that he was not satisfied with his career.

"I spent 20 years sort of as a lawyer at a large firm, for the most part, pushing around paper. That wasn't very gratifying," he says. "You're not getting paid as well as most clients and you feel that you're working very hard and you're not achieving the level of financial success that you deserve."

Dreier says that he needed more funding for the growth of his 250-attorney firm, but he did not have the credit to borrow money.

"So I guess the idea occurred to me that I would try to borrow money with somebody else's credit," he said.

Last Updated: 21 July 2016 Published: 21 March 2012
Do you know remarkable women in the legal industry leading the charge? Recognise these women as role models for the future female leaders in law, by nominating them for the Women in Law Awards 2021. Not only will you be showcasing their achievements and propelling their career, you will also be taking the first step in giving them the recognition they deserve.
Visit womeninlaw.com.au