Corporate and rights lawyers at loggerheads 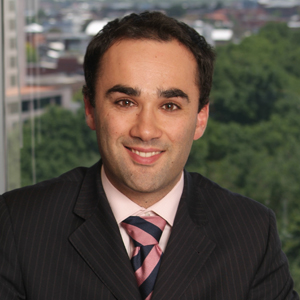 An employment law partner said businesses will be spared “speculative” discrimination claims after the Gillard Government shelved its Human Rights and Anti-Discrimination Bill, while a peak rights body has claimed the move threatens the Federal human rights framework.

Nick Duggal (pictured), who heads up TressCox Lawyers’ employment and industrial relations practice, told Lawyers Weekly that business owners will breathe a sigh of relief in the wake of Attorney-General Mark Dreyfus’ announcement that proposed reforms to anti-discrimination laws will be put on hold.

At a media briefing yesterday (21 March), Dreyfus said the Bill required “deeper consideration” after a Senate Committee received almost 500 submissions in response to the draft legislation from individuals and organisations, including the Law Council of Australia (LCA).

Duggal criticised the Bill’s reversal of the burden of proof to the person accused of discrimination and possible restrictions on behaviour deemed to be ‘offensive’ as “burdensome” and “wholly subjective”.

“The test of what constitutes unfavourable treatment would have been troublesome for employers and I would have anticipated a rise in claims,” he said, nominating gender and age discrimination as areas most likely invite legal action.

Duggal said claims would probably have arisen out of “legitimate disciplinary processes”, such as warnings, demotions or performance-based dismissals.

“If [employees] possess a particular protected attribute they may seek to rely upon that attribute to assert that action taken against them was discrimination, and then the onus then shifts to the employer who has to prove that [the action was taken] for a different reason,” he argued.

The Human Rights Law Centre (HLRC) dismissed the argument as a poor excuse for abandoning the reforms.

Hugh de Kretser, HLRC’s executive director, said the government had already indicated it would remove or amend the Bill’s controversial ‘offence’ clause that caused concern during consultation phase. A minor amendment addressing this point would have been sufficient, he added.

De Kretser claimed the decision to delay the reforms is a failure by the Government to deliver on a key plank of its Human Rights Framework, a suite of reforms introduced in response to a national inquiry in 2009.

“Another pillar of the Government’s human rights framework is under threat, this time at a final critical hurdle after years of work and investment by those working in the discrimination system and representing vulnerable groups,” he said.

“The political reality is the choice to delay these reforms means effectively abandoning their introduction before the election.”

But Duggal believes the Attorney-General has acted appropriately to ensure the proposed legislation respects the interests of both political parties, “rather than push something out on the basis of an election timetable”.

The LCA has also supported the Attorney-General’s decision to delay the reforms. LCA president Joseph Catanzariti said the government had recognised the complexities involved in consolidating the five existing anti-discrimination Acts and the need for further consultation.

Despite the Bill being sent back to the parliamentary drawing board, Dreyfus announced that amendments to the Sex Discrimination Act would be introduced this week to protect against discrimination on the basis of sexual orientation, gender identity and intersex status.

“The Government will proceed immediately with the new protection while detailed work continues on consolidating Australia’s anti-discrimination laws,” he said.

The new protections build on the Labor Government’s 2008 reforms to 85 Commonwealth Acts that were considered discriminatory to same-sex couples and their children.

Corporate and rights lawyers at loggerheads