Home/
News/
The day the music died at Truman Hoyle

The day the music died at Truman Hoyle 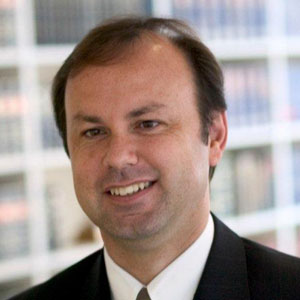 Truman Hoyle managing partner Shane Barber has lauded the first step in a hopeful merger for the firm, despite previously telling Lawyers Weekly that “you have a lot of firms concerned that the music will stop and they will not have a dance partner”.

Truman Hoyle managing partner Shane Barber has lauded the first step in a hopeful merger for the firm, despite previously telling Lawyers Weekly that “you have a lot of firms concerned that the music will stop and they will not have a dance partner”.

The 10-partner strong Sydney technology boutique has entered into a “cooperation agreement” with the British global law firm Bird & Bird.

The agreement will involve shared marketing services and an alignment of processes and resources between the two firms, with secondment opportunities for Truman Hoyle lawyers in one of Bird & Bird’s 23 global offices.

Speaking to Lawyers Weekly, Truman Hoyle managing partner Shane Barber (pictured) said that the long-term plan was that the two firms would merge.

“The intention is that we will merge the firms,” said Barber, stressing that any merger would be dependent on a partnership vote from both firms.

The Truman Hoyle head refused to divulge if there was a timetable in place for the merger, which seems inevitable, given that all 10 partners at Truman Hoyle voted for the cooperation agreement.

The push for a merger points to a recent change in strategic direction for Truman Hoyle.

When speaking to Lawyers Weekly in November 2011, Barber ruled out a merger for Truman Hoyle, stating the firm was happy with “best friends” alliances rather than a formal tie-up.

“You have a lot of firms concerned that the music will stop and they will not have a dance partner,” he said. “I would suggest to law firms that they are underestimating their attractiveness and what the Australian market will do. What it does mean is that, as Australian firms, we have to ensure our market understands what we are offering, and some firms are challenged in doing that, but I don’t think we need to change everything that we are doing.”

Barber said his views have not changed in the following 16 months.

“I still hold the view that some mergers and associations make sense and others may not necessarily be the right thing for those firms,” he said. “For us it wasn’t a question of just joining something because everybody else was ...  in this case it made perfect sense because the global firm with which we are being associated with has a very similar view to us in that they want to service a particular client in a particular market in a particular kind of way.”

Barber said those relationships would not necessarily be jeopardised by the agreement with Bird & Bird.

“Many of those arrangements will continue,” said Barber. “We spoke to a couple of firms we worked with and they indicated they were very happy to keep an association with us.”

Bird & Bird has over 900 lawyers in 23 offices across Europe, the Middle East and Asia, with particular expertise in intellectual property, media and communications.

Truman Hoyle has 10 partners and 25 lawyers in its Sydney office.

Back in the hot seat
Shane Barber is back in the managing partner’s chair at Truman Hoyle after a brief hiatus.

In May last year he stood down from the role after 10 years in charge and handed the reins over to Andrew Seaton.

Barber resumed the managing partner position this week, telling Lawyers Weekly that Seaton's “year of consolidation has been a great success and the firm is in fantastic shape.”

The day the music died at Truman Hoyle