Home/
News/
Slaving away as a lawyer

Slaving away as a lawyer 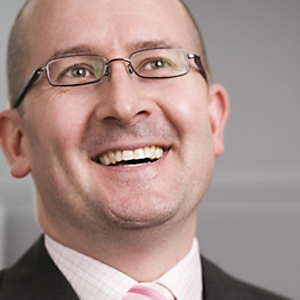 A Lawyers Weekly poll has found that nearly three quarters of respondents believe their law firm does not care about or allow work-life balance, with one lawyer stating that a firm used her like “slave labour”.

A Lawyers Weekly poll has found that nearly three quarters of respondents believe their law firm does not care about or allow work-life balance, with one lawyer stating that a firm used her like “slave labour”.

A record 529 people responded to the question Does your firm do enough to encourage its lawyers to maintain a work-life balance?

Thirty six percent of respondents said their firm has policies to encourage balance, but the culture does not allow for it. This pipped the next best response that the firm’s only concern is the amount of hours people bill (35%).

“I am not surprised by the poll’s result,” said a former private practice lawyer at an international firm based in Brisbane, who is now an in-house lawyer. “I had the feeling [the global firm] encouraged work-life balance and put all these policies in place but doesn’t actually reinforce them – it was just to make it look like they were doing something.”

The lawyer, who wished to remain anonymous when speaking with Lawyers Weekly, said her three years in the corporate and commercial group at the firm felt like “slave labour”.

She said that she was expected to bill on average 6.75 hours per day, and that the culture at her firm was one where it was expected you would work back.

The lawyer further claims her supervising partner at the time often demanded that she remain in the office until at least 9pm, which was the time explicitly specified by him as the best time to review her work.

Official complaints about such practices led to her departure from the firm.

“I ended up saying something to HR about it,” she said. “They weren’t happy with what I had to say and they seconded me out.

“That was the easy option for them, so they wouldn’t have to deal with me complaining  about it.”

Just over half of the remaining 29 per cent of poll respondents (15%) said that while the firm is not the problem, certain partners or practice group heads demand long hours.

Only 14 per cent of respondents reported they had a positive experience within their firm, stating the firm genuinely encourages lawyers to strike a balance.

A Lawyers Weekly poll published on 1 March found that bullying is not uncommon within Australian law firms.

Work-life balance is old news
The director of professions at Beaton Consulting, Tristan Forrester (pictured), does not believe the poll reflects poorly on the legal profession.

In reference to the three responses outside the top response, he said the poll shows that a majority of respondents (64%) believe their firm is trying to do something about work-life balance.

“They don’t always get it right and might not always be able to do much, because of individual partners or the culture itself, but there is still an attempt to do something,” he said.

Forrester said that in the annual benchmarking surveys conducted by Beaton Consulting, work-life balance is one of the lowest rating indicators of the 11 options that measure engagement.

Quality of work and the fairness of rewards consistently rate higher.

“Workload tracks engagement quite strongly and, from our data, the busier we are, the more engaged we are,” he said. “This creates a challenge for firms, because they see ‘if our aim is to improve engagement, we should load people up’, and that also creates a risk for people’s mental health and ... a risk of burnout.”

Forrester said that since the GFC, law firms at the top-end of town have marketed themselves differently, and that the message to lure the best lawyers below the partner level is based on the work you will do, not the lifestyle you will have.

“Before 2008/09 there were a few top-tier firms in the market trying to run the line that not only could you come and get excellent work but you will also have an excellent work-life balance,” he said. “My own view is that is not a credible message in the market.

“Great work-life balance and top-tier work, especially in transactional practices, just doesn’t fit and [claims it does] are not credible.”

Does your firm do enough to encourage its lawyers to maintain a work-life balance?

The firm has policies to encourage balance, but the culture does not allow for it
36%
189 votes

No, the firm’s only concern is the amount of hours people bill
35%
186 votes

The firm is not the problem, but certain partners or practice group heads demand long hours
15%
79 votes

Slaving away as a lawyer