LCA president to step down 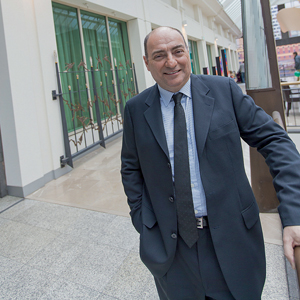 The Clayton Utz veteran has accepted a position as the vice president of the Fair Work Commission, meaning he will vacate the Law Council of Australia (LCA) presidency on 4 June, only serving half of his one-year term.

Bill Shorten, the Minister for Employment and Workplace Relations, announced on Thursday (28 March) that Catanzariti (pictured) was one of eight Fair Work Commission appointments.

“I am confident these appointments will further enhance the experience, integrity and balance of the Commission,” he said.

Catanzariti has been a partner at Clayton Utz for 23 years, and is a former head of the workplace relations, employment and safety practice group.

“We congratulate [Catanzariti] and are confident he will provide outstanding service,” said LCA president-elect Michael Colbran QC, who will be replacing Catanzariti.

Gostencnik has advised the Federal Government on the drafting and implementation of the Fair Work Act and represented the NSW and Victorian governments in the recent Qantas dispute.

“Val is a deserving candidate for this honour,” said Corrs’ CEO John Denton. “[He] will serve the Commission and the people of Australia well.”

LCA president to step down