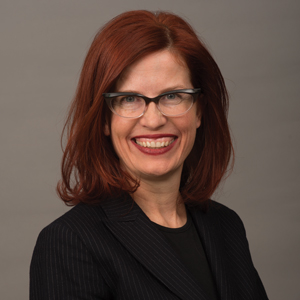 A 26 per cent decline in deal value in China has not made a dent in the country’s standing as the most attractive commercial target in the Asia-Pacific, according to an M&A expert.

Rebecca Maslen-Stannage (pictured), M&A partner at Herbert Smith Freehills, told Lawyers Weekly that the sheer volume of inbound and domestic deals in China is acting as a stabiliser for global M&A activity.

“The levels of demand in China are so high it does help underpin a base level of M&A across the global economy,” she said.

A total of 142 inbound and domestic deals worth $US26.3 billion made China the most active of the BRIC countries in Q1, according to Mergermarket. But the value of Chinese M&A was down by 26.3 per cent compared to the same period last year.

However, this decline makes little impact to the overall strength of Chinese M&A, said Maslen-Stannage.

“The fact is, if China grows, even a little, their growth rates are still very significant in terms of economics for the region,” she said. “We’ve had such growth expectations out of China that when growth happens, but it is not spectacular, we’re somehow not impressed by it anymore.”

Thomson Reuters’ M&A Review for Legal Advisors, which was released last week, revealed that cross-border activity with China increased by 68.8 per cent last quarter on the comparable period in 2012. Outbound investment also increased by 57 per cent to $US12.9 billion.

Maslen-Stannage said the figures serve as a reminder that China is “incredibly significant to [Australian firms] from an M&A perspective”. Firms should also be looking to emerging markets such as Indonesia, Malaysia and Korea, which she believes are “going through a sophisticated phase of deal activity”.

M&A activity in the Asia-Pacific (excluding Japan) got off to a slow start in 2013, with deal value ($US64.5 billion) 23 per cent below the same period in 2012, revealed Mergermarket.

The region’s top dealmaker was King & Wood Mallesons, which took the top ranking on the Mergermarket Legal Advisor League Table for the Asia-Pacific for Q1. KWM, with deals valued at US$10.8 billion, was followed by Linklaters ($US10.7 billion) and Herbert Smith Freehills ($US7.9 billion).

The next best-ranked firm with an Australian presence was Clifford Chance, with $US4.3 billion in deals landing it in seventh position.

Both Thomson Reuters and Mergermarket reported a decline in global deal activity in Q1, but did not agree on deal volume or value figures.

According to Mergermarket, a total of 2621 deals worth $US418 billion were announced globally over the past three months, 7.6 per cent behind the same period last year. Thomson Reuters, on the other hand, reported the announcement of just over 8100 worldwide deals in the first quarter of 2013, a 16 per cent decline on the same time last year.