Home/
News/
The lawyers are alright

The lawyers are alright 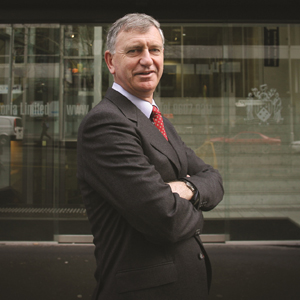 A major legal body will use social media to refute negative and stereotypical perceptions of lawyers.

The project is the result of three years of research, which found that lawyers as a group are not held in high regard.

“The perception of lawyers was largely shaped by stereotypes we are getting out of the media, movies and TV, with a lot of it coming out of the US,” said Michael Brett Young (pictured), the CEO of the LIV, when speaking to Lawyers Weekly prior to the launch. “There was a feeling that ‘my lawyer is OK, but other lawyers aren’t’.”

The LIV’s research included analysing social media channels, looking at the reputation campaigns of other professions, and speaking to senior and junior lawyers.

“It is about telling another story, telling the good things they [lawyers] actually do,” said Brett Young, a former managing partner of Maurice Blackburn Lawyers. “We know lawyers do a lot of good things in the community, and it is just getting that message across.”

The LIV has nominated wills and estates, property law, criminal law and family law as its main areas of focus.

“That is where we think people have the most interaction with lawyers,” said Brett Young about the four nominated practice areas, rejecting the notion that they were chosen because they were the areas where lawyers are most in need of an image makeover.  “What we are doing is just starting with that, and we will probably move into other areas over time.”

The LIV said it decided to use social media because it is the best way it can reach and engage with a large audience. As part of the program, lawyers in Victoria will also be able to undertake social media training.

The good, not the bad or the ugly
Brett Young defended the decision of the LIV to use the Reputation Project to share good stories only, saying it was not the role of the LIV to warn the community about legal practitioners behaving badly.

“There are always plenty of people putting stories out there, often misinformed stories, about lawyers, and what we are doing is putting the other side to it,” he said.  “We want to make sure there is a balanced point of view put, and the balance for us is to put the other side of the equation.”

In particular, the LIV will use its YouTube channel to profile lawyers and use human interest stories to profile areas where lawyers play a key role in “creating positive outcomes for Victorian communities”.

Brett Young said these feature interviews would often feature suburban and country lawyers, and said he is confident the Reputation Project will enhance the image of lawyers in Victoria.

“I hope they [the community] would be saying ‘oh, there are lawyers doing some really good and interesting things in the community and we really like the things that lawyers do’.”

The lawyers are alright