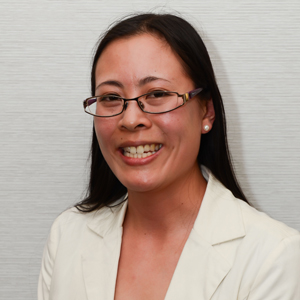 A perception that gender discrimination is rife at the Bar is one of the top three reasons female law students won’t become barristers, a survey by the Women Lawyers Association of NSW has revealed.

The Career Intentions Survey, which was launched last night (11 April), found that 17 per cent of female law students won’t pursue a career as a barrister because they believe the Bar is male-dominated and discriminatory towards women.

Barrister Lee-May Saw (pictured), who is also chair of the Career Intentions Survey sub-committee of the Women Lawyers Association of NSW, told Lawyers Weekly that this perception could be behind poor representation of women at the Bar.

“Given the low percentage of female barristers, this perception could be influencing the number of women coming to the Bar,” she said.

The largest percentage (32%) of female law students said they hadn’t ruled out the Bar, while 18 per cent said they were not fond of public speaking or court appearances.

The latter result, which was chosen by zero per cent of males, has prompted the Women Lawyers Association of NSW to develop voice training workshops for its members.

The Career Intentions Survey pilot was conducted from August to November last year through the law schools of the University of New England, University of Sydney and University of Western Sydney. A total of 102 students participated, which included 91 females and 11 males.

The students will be surveyed again at various stages of their career, including on completion of their practising certificate and admission as a solicitor, revealed Saw.

The survey also found 34 per cent of law students identified an ‘interest in the law’ as the principal influence on their decision to undertake a law degree, with a further 25 per cent citing an ‘interest in social justice/wanting to help people/make a difference’.

Of the 66 per cent of students who plan to become lawyers, 57 per cent want to practise as a solicitor, 42 per cent as a government lawyer, 31 per cent as a barrister and 28 per cent as an in-house lawyer.

The top three areas of practice in which law students would like to specialise are corporate and commercial law (39%), criminal law (38%) and family law (23%).

Saw said that, while these results were unsurprising, the data collected will give gravitas to the association’s lobbying efforts.

“This as an area where there is a gap in research,” she added.

Saw admitted that the gap was exacerbated by a delay in the launch of the Career Intentions Survey, which was primarily due to funding challenges.

“[The survey] has been in the pipeline for five years,” she said. “We approached obvious sources of funding grants some time ago, but because it was around the time of the GFC we were told research of this nature was not a priority.”

Herbert Smith Freehills and the NSW Bar Association were the survey’s main sponsors.