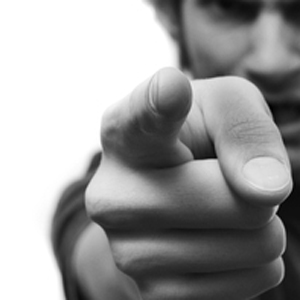 The Victorian solicitor accused of double-billing survivors of the HMAS Voyager disaster has lost an appeal to retain his practising certificate, with evidence coming to light that he was “threatening” to a senior counsel of the Legal Services Board.

The Victorian solicitor accused of double-billing survivors of the HMAS Voyager disaster has lost an appeal to retain his practising certificate, with evidence coming to light that he was “threatening” to a senior counsel of the Legal Services Board.

David Forster’s appeal against a Victorian Civil and Administrative Tribunal (VCAT) decision that found him unfit to practise as a lawyer was dismissed by the Court of Appeal yesterday (11 April).

In the judgment, Justice Emilios Kyrou referred to evidence that during a VCAT hearing in 2010 Forster repeatedly called senior counsel Kristine Hanscombe a “monster” when he was “within inches of her face”.

Hanscombe had been acting for the Legal Services Board, represented by Corrs Chambers Westgarth, in a long-running legal battle to have Forster banned from legal practice and his firm, Hollows Lawyers, placed in receivership.

The judgment stated that at a hearing in 2011 Forster did not deny he had repeatedly called Hanscombe a monster; however, he disputed that he had done so within inches of her face.

Forster later apologised for his discourteous language and stated that he was under great stress at the time.

Kyrou also referred to a 2011 letter by Forster to Hanscombe, which had been deemed “threatening” by VCAT.

The letter stated: “It is my heartfelt opinion that your advocacy is unduly vindictive and totally disproportionate ... the prospects of say three further years designed to destroy me is not pleasant.

“My opinion of your behaviour is causing me emotionally very disturbing thoughts towards myself and you.”

The Court of Appeal upheld the VCAT finding that Forster’s conduct towards Hanscombe was reprehensible and fell short of the professional standards expected of a legal practitioner.

Forster handled 89 of 214 personal injury claims against the Federal Government by survivors of the 1964 collision between the navy destroyer HMAS Voyager and the aircraft carrier HMAS Melbourne. In 2010, the Legal Services Board refused to renew his practising certificate amid allegations that he had misappropriated funds relating to the case and this decision was upheld by VCAT in 2011.

Irregularities in Hollows’ trust accounts were discovered in 2008 during an inspection of by the Law Institute of Victoria, following complaints from clients.