Home/
News/
Nothing illegal about higher super for women

Nothing illegal about higher super for women 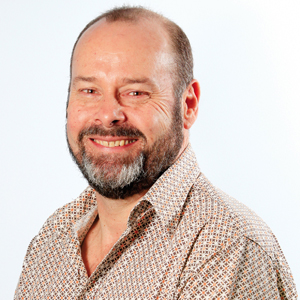 A controversial request to pay a higher superannuation contribution for female employees than for their male counterparts is perfectly legal, the former head of Australian Lawyers for Human Rights has said.

A controversial request to pay a higher superannuation contribution for female employees than for their male counterparts is perfectly legal, the former head of Australian Lawyers for Human Rights (ALHR) has said.

Rice Warner Actuaries has asked the Australian Human Rights Commission (AHRC) to grant it exemption from the Sex Discrimination Act so it can pay 10.5 per cent super for its female staff, rather than the nine per cent compulsory contribution.

Barrister Stephen Keim SC (pictured), the former president of ALHR, said the exemption is fully in accord with discrimination law in Australia and international covenants.

“Article 4 of the Convention on the Elimination of Discrimination Against Women … recognises the legality [of] ‘temporary special measures aimed at accelerating de facto equality between men and women’,” he said.

Section 7D of the Sex Discrimination Act 1984 also speaks of “special measures for the purpose of achieving substantive equality between men and women”.

Research shows that not only do women tend to live longer and retire earlier, most take more time off than their male colleagues to care for children and elderly parents.

Males are being promoted and enjoying higher salaries than women in their late 20s and early 30s; the Australian Bureau of Statistics reported last year the gender pay gap was 17.4 per cent.

The consequence for retiring females is that their super savings take a hit: they end up with 50 per cent less on average than retiring men.

Sydney-based Rice Warner has been analysing this gap for years, and now plans to act on it.

Keim expects the AHRC to grant the exemption and that the application “is just really an abundance of caution to make sure that the AHRC agrees that Section 7D is engaged”.

However, Justine Turnbull, a partner in Herbert Smith Freehills’ employment, pensions and incentives group, said arbitrarily higher super payments for women are not the best remedy for the super gender gap.

Keim said the exemption request was “very commendable” and hoped it would prompt other businesses to engage in similar special measures, but Turnbull doubts this will be the case.

“It’s too controversial,” she said.

“If other organisations followed suit they may end up employing more males because they’ll think it’s cheaper."

Professor of employment relations at the University of Sydney, Marian Baird, agreed the move could result in more inequities and unintended outcomes.

“These issues are best dealt with through regulation and involvement of all stakeholders,” said Baird.

Businesses are already preoccupied with increased administration and cost in the space as compulsory superannuation contributions will increase to 9.25 per cent from July 2013.

However, despite her reservations, Turnbull believes the request is a good move by Rice Warner.

The gender pay gap is not all explained by absence from work due to parental leave; there is definitely some level of discrimination giving rise to part of the gap, she said.

Rice Warner has enough evidence to justify a temporary exemption, which lasts for a maximum of five years, Turnbull added.

“I guess the bar for getting a permanent exemption was considered too high, which is why they went for a temporary one, [but] there will be an opportunity to keep it going [beyond the five years],” she said, adding that it will be interesting to see what sort of comments AHRC makes in its decision.

Turnbull, Baird and many women's groups believe the Government should include the superannuation guarantee on its paid parental leave scheme.

“If the law says we’re going to pay people to take parental leave, super is a component of pay, so why wouldn’t you do it?” she asked.

Nothing illegal about higher super for women