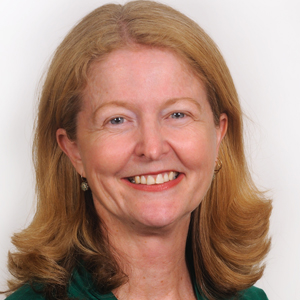 The brainchild of Women On Boards, the guidelines provide measurable targets for organisations’ gender composition of their workforce; base salaries, promotion and bonus levels of workers by gender, and the availability and use of flexible work practices.

Officially launching the guidelines, business leader and HSBC and Stockland chairman Graham Bradley said not enough is being done by enough Australian businesses to advance women into leadership positions.

“[The] statistics are an embarrassment and I very much hope the guidelines launched today … will see the statistics alter more quickly,” Bradley told an audience of around 60 gathered at Chartered Secretaries Australia’s (CSA) Sydney office.

In both the ASX200 and ASX500, women represent only six per cent of line management positions and around 22 per cent of support positions.

Women account for less than 10 per cent of Australia’s executive managers in the ASX200; this is up from eight percent in 2010.

“At this rate it will take 30 years to reach a 40 per cent target,” said Bradley, adding that if businesses committed to more focused reporting, gender equality would improve.

"I have always found in business that the adage 'what is measured is done' is true, and that it applies in most corporate circumstances.”

Under the Workplace Gender Equality Act 2012, non-public sector entities with 100 or more employees must report on gender equality outcomes with standardised data by 2014.

Sex Discrimination Commissioner Elizabeth Broderick said the guidelines were clearly and logistically set out, and equally applicable to small and large businesses, to help organisations comply with these new laws.

But some employer groups, including the Australian Chamber of Commerce and Industry, argue the new reporting obligations are so arduous, especially for large companies, that they discourage reporting at all, due to the cost of compliance.

Judith Fox (pictured), director of policy at CSA who helped develop the guidelines, said that is a “furphy”- a way of avoiding responsibility.

“I cannot see how that’s a compliance obligation: to actually understand why you’re losing this pool of qualified workers,” said Fox.

“If I was a board member I’d be looking at the CEO and saying, ‘that to me is the same as other financial data: we’re not performing well in this area, why aren’t we performing well and what can we do to turn it around?’”

Chief executives' bonuses and key performance indicators should be tied to how successful they are in upping the number of women in senior positions, Fox argued.

“Without buy-in from the chief executive down, women are dropping out of the promotion cycle … doing nothing is not an option,” she added.

Failure to comply with the Act will see some employers “named and shamed” by the Workplace Gender Equality Agency.

Non-compliant employers may be barred from tendering for Commonwealth and some state contracts or from receiving Commonwealth grants or other financial assistance.