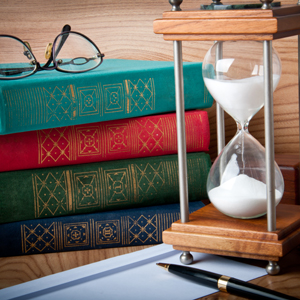 In-house lawyers want their number of approved hours for pro bono work increased or allocated differently so they can finish advising on select matters._x000D_

In-house lawyers want their number of approved hours for pro bono work increased or allocated differently so they can finish advising on select matters.

Lawyers are spending large parts of their day grappling with the legislation and case law relevant to a specific pro bono matter, without enough time to follow it through, Telstra legal counsel John Cross has said.

“We’re looking at talking to [Telstra] management about a different model of engagement with pro bono: either to get more lawyer days approved or the same number of days and have them allocated in a different way,” he said.

Telstra’s pro bono program is voluntary, but a large number of lawyers are interested in it and would like to be able to do more hours, according to Cross.

He would not comment on the number of hours that Telstra lawyers are working pro bono but said it is more rewarding for them to have greater continuity with pro bono matters.

“That’s one of the stimuli for talking to management and I think we’re going to see an increasing commitment,” he said.

In-house lawyers are not required to work a continuous week, or commit  to working 35 hours a year, at the Salvos Desk and may spread their time, a day at a time, through the year.

Cross provides general legal advice to Telstra’s Innovation Products and Marketing (TIPM) team, but his work at the Desk is vastly different from his day job.

“In Telstra I’m confident to give off-the-cuff advice about pretty much anything, immediately,” said Cross.

At the Desk, where Cross has been advising on family law matters involving tenancy arrangements and de facto rights and criminal matters where people have been accused but not charged with an offence, he said he lacks that immediate familiarity with all the relevant legislation and case law.

As a long-standing practitioner, legal research is not something he has to do on a frequent basis anymore.

“That’s a very interesting process to have to go back to ... [but] a large part of your day can be taken up before you actually get to grips with a final advice,” he said

Salvos Legal prefers in-house lawyers to volunteer for at least a couple of days at a time or on a multi-day basis (for example, one day per week or per month), so they can follow matters through, Cross added.

Advising in areas including criminal, family, debt, and refugee law, in-house lawyers working at the Desk have to couch their advice carefully.

Cross concentrates on drafting in plain English in his day job but said that is taken to a “completely new level” for clients at the Desk.

“There’s a big challenge in that; to say something very simply but for it to be actually legally correct.”

When asked why Salvos Legal was chosen as a pro bono partner for Telstra, alongside Public Information Legal Clearing House in Victoria and others, Cross said the firm stood out as unique and effective in its approach.

In November 2010 it became a ‘first-of-its-kind’ commercial legal practice; funnelling the profits generated by its speciality commercial legal services straight back into its humanitarian arm – providing a free legal program for society’s most needy.

The In-House Desk launched in August 2012.

“It’s extremely basic for people who are used to large law firms or sophisticated corporations ... but perfectly adequate to do the work that you do there,” said Cross.

As a lawyer, you can loose touch with the idealist notions of justice that you start out with as the pressures of making a career play out, said Cross.

“It’s really nice to be able to go back and see you’re actually doing social good with a skill that you’ve acquired,” he said.