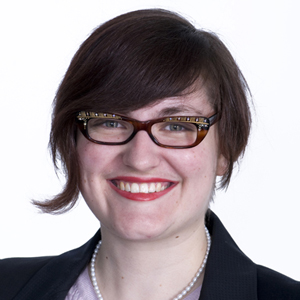 The inaugural Lawyers Weekly 30 Under 30 Awards attracted more than 100 nominations, with NSW having the most finalists, edging out Queensland, Victoria and Western Australia.

The inaugural Lawyers Weekly 30 Under 30 Awards attracted more than 100 nominations, with NSW having the most finalists, edging out Queensland, Victoria and Western Australia.

Fifty six finalists from 24 law firms and corporations have been selected across 10 categories.

NSW, the state with the most lawyers, has 23 lawyers selected – close to double the number of finalists from Victoria (13) and Queensland (12).

Alena Titterton (pictured) who, at the age of 29, will join the partnership of Norton Rose in July, is the sole ACT representative, while flying the flag for South Australia is Danielle Arnfield, an in-house lawyer with Premium Wine Brands – Pernod Ricard.

The inaugural Lawyers Weekly 30 Under 30 Law Awards will be held in Sydney at the Ivy Sunroom on 14 June.

Roses among the thorns
Titterton is one of 10 finalists from Norton Rose, who were the strongest-performing law firm. Only four other firms have five or more representatives, with Ashurst (7) leading the chasing pack. Corrs Chambers Westgarth (6), Minter Ellison (5) and Gilbert + Tobin (5) also performed strongly.

A number of boutique and mid-tier practices also have finalists.

Nicholas Tobias from Griffith Hack in Sydney and Sarah Gilkes from mdp McDonald Partners in Melbourne will go up against four other finalists from global and national firms for the three Intellectual Property Awards.

Reform needed
Nominees across all 10 categories were asked to answer five questions when lodging a nomination. In those answers, nominees were asked to demonstrate leadership and explain how they would improve the profession.

Unsurprisingly, depression and billable hours came under the microscope. Many finalists expressed frustration at the lack of progress on those issues.

“I consider that a business model which is not as heavily dependent on billable hours could lead to benefits for lawyers and clients,” said Emma Jones, a lawyer from Ashurst in Perth, who is a finalist for the Workplace Relations, Employment & Safety Award.  “As just one example of a benefit for lawyers, the mental health risks lawyers face are well acknowledged and, while measures are being put in place to support lawyers, I think we need to look for the root causes, and the pressure and mindset that billable hours leads to is one such cause.”

Congratulations to all the Lawyers Weekly 30 Under 30 Awards finalists: