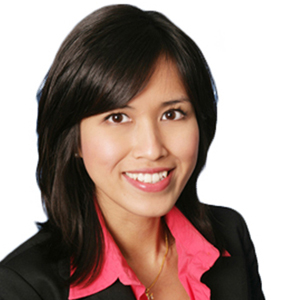 A founding member of the Australia-Myanmar Chamber of Commerce has said there are opportunities for international law firms in the emerging Southeast Asia nation.

“A lot of big companies are looking to come in [to Myanmar] … which will sooner or later translate into foreign inbound transactions … that will definitely require legal assistance,” said Baker & McKenzie senior associate Melinda Tun (pictured), who immigrated to Australia from Myanmar when she was 12 and speaks fluent English and Burmese.

She added that foreign lawyers could also help bridge the generation gap between the well-trained older generation of Myanmar lawyers and younger lawyers who were educated under Myanmar’s military dictatorship.

“The last properly qualified lawyers are in their 70s and 80s now and the new crop of lawyers are in a way a product of [an] education system [that didn’t] really allow for independent legal training … so you now have very young lawyers who are not quite well-equipped to practice.

“I think that’s where foreign lawyers and law firms can fill the gap … and hopefully bring the legal profession in Myanmar up to speed down the track.”

Myanmar was ruled by a military junta from 1962 to 2010 and faced sanctions from the international community during this time. Australia lifted its economic sanctions against Myanmar last year, though an arms embargo remains in place.

Tun recently spent three-and-a-half months in Myanmar volunteering at the Centre for Economic and Social Development in the Myanmar Development Resource Institute. She mostly advised on the legal aspects of macro-economic reform initiatives and prepared policy advice for government.

Tun spoke last week at an event hosted by the Australia-Myanmar Chamber of Commerce and Bakers on The Myanmar Business Climate and Insights on Doing Business in Southeast Asia.

The briefing coincided with the visit of a Myanmar delegation, which included the Myanmar Minister of Mines Dr Myint Aung, which was in Sydney to attend the Mining for Development and Extractive Industries Transparency Initiative Conferences that took place last week. The delegation also undertook a mining study tour in Queensland.

Also speaking at the business briefing was Australia’s trade commissioner to Myanmar Mark Wood, who is travelling to Myanmar’s largest city Yangon this week to set up an Austrade office there, and Hilda Frith, Myanmar representative (new business and strategy) with McConnell Dowell Corporation.

At the briefing, attended by close to 100 people in Bakers’ Sydney CBD office last Thursday (22 May), Wood outlined the challenges faced by businesses looking to set up in Myanmar, including that foreigners cannot hold bank accounts and only 60 per cent of Yangon has access to electricity.

“Foreign law firms will require an investment permit to operate in Myanmar,” explained Tun. “The country is only in the process now of amending the Bar Council Act, which is establishing the regulatory procedures around the legal industry again, so all of that is a work in progress.

“But there shouldn’t be any sort of practical impediment to foreign lawyers advising foreign companies entering the jurisdiction.”

Bakers’ Australia managing partner Chris Freeland also said there was a lot of opportunity for law firms in the resources-rich country, which borders China and India: “We certainly see Myanmar as an important stepping stone for our firm and many of our clients’ businesses as we continue to build upon our network and strength in Asia-Pacific.”

Tun added that most international law firms operating in the country currently have a fly-in, fly-out arrangement, including Bakers, which has a Myanmar practice based in its Bangkok office.

“That, in a way, is reflective of the nature of investors that are going in. A lot of the multi-nationals are trying to go into Myanmar based out of their regional head office in Singapore, so in some way there is a synergy to that working arrangement,” she said.

“Obviously, as Myanmar opens and infrastructure develops more, clients will establish operations on the ground [and] then there would be more of a demand for on-the-ground [legal] support.”