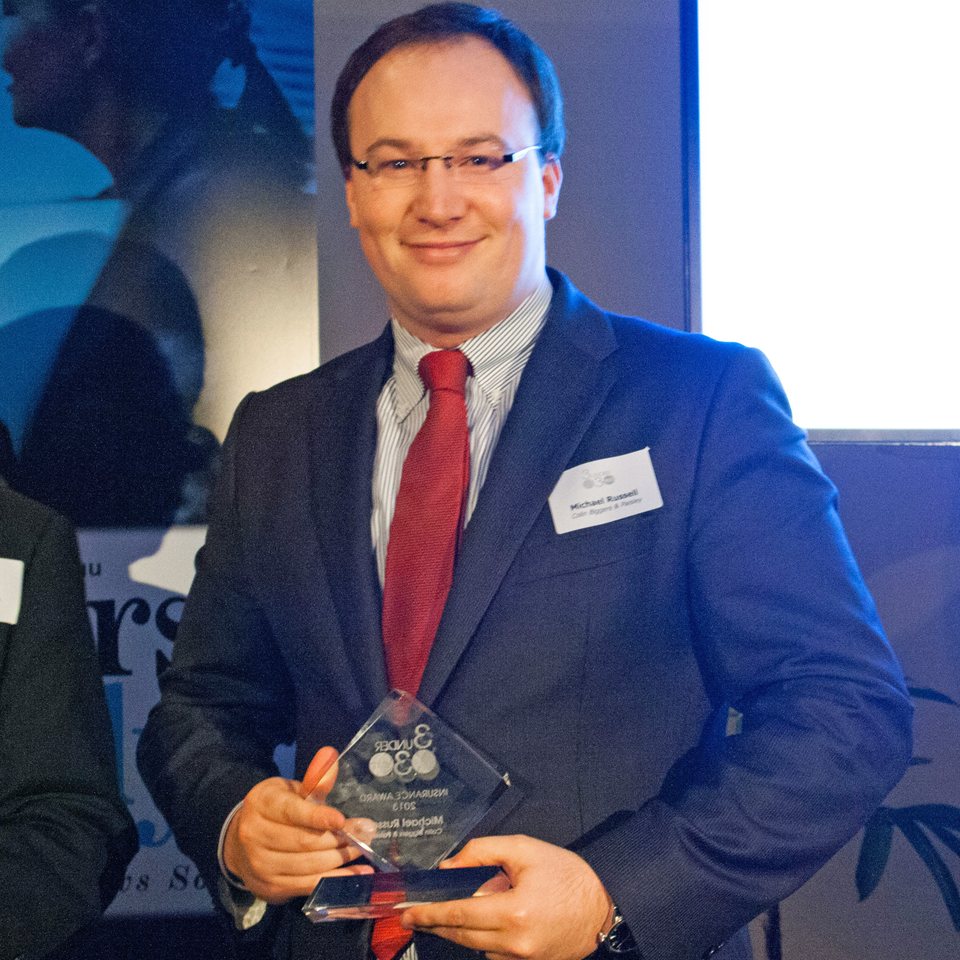 Winners in the Insurance category want to see greater collaboration between insurers and the insured.

Philippa Briggs, a lawyer at Minter Ellison in NSW, Daniel Davison, an associate at Norton Rose Fulbright  in Queensland, and Michael Russell (pictured), a senior associate at Colin Biggers & Paisley in NSW, took home the Insurance Awards at the Lawyers Weekly 30 Under 30 Awards on Friday (14 June).

The trio beat off stiff competition from two other finalists: Natalie Lazar from Ashurst and Andrew Mahony from Sparke Helmore Lawyers.

“It’s an amazing experience [to win],” said Russell after he accepted his Award.

“We work in a fantastic profession and I’m just so lucky to work in a great area like insurance.”

Russell stood out for his experience on large and complex matters including Aristocrat, Opes Prime, Lehman Bros and One.Tel, as well as large catastrophic events including Cyclone Yasi, the Victorian bushfires, the Queensland and Victorian floods and the New Zealand earthquakes.

“As an insurance lawyer you come across such a brilliant range of cases from financial services, to professional indemnity, to directors and officers,” he said.

“What we sometimes see is that insurers and the insured act in ways which are contrary to each other’s interests,” said Russell.

Briggs suggested the situation could be improved by embracing model litigant principles as the general code of conduct; increasing transparency between the insured and insurers; adopting plain language, and improving service flexibility and efficiency.

Davison was awarded for his experience in drafting and advising on insuring and indemnity clauses in multi-million dollar commercial agreements.

A Queen’s Counsel recently praised his efforts working on a hotly-contested hearing for a medical insurer in respect of a claim against a doctor who allegedly negligently prescribed medication to a patient leading to multi-organ failure, partial paralysis and stroke.

Davison was singled out also for his commitment to pro bono schemes and assistance.

In his application he highlighted the fact that self-represented and under-represented litigants cost insurers and the society as a whole because often disputes cannot be dealt with according to their merits and are subject to lengthy delays.

“Large law firms should significantly increase their investment in the provision of pro bono advice and assistance to community legal centres, and also be willing to take over carriage of litigation that is in the public interest,” he said.