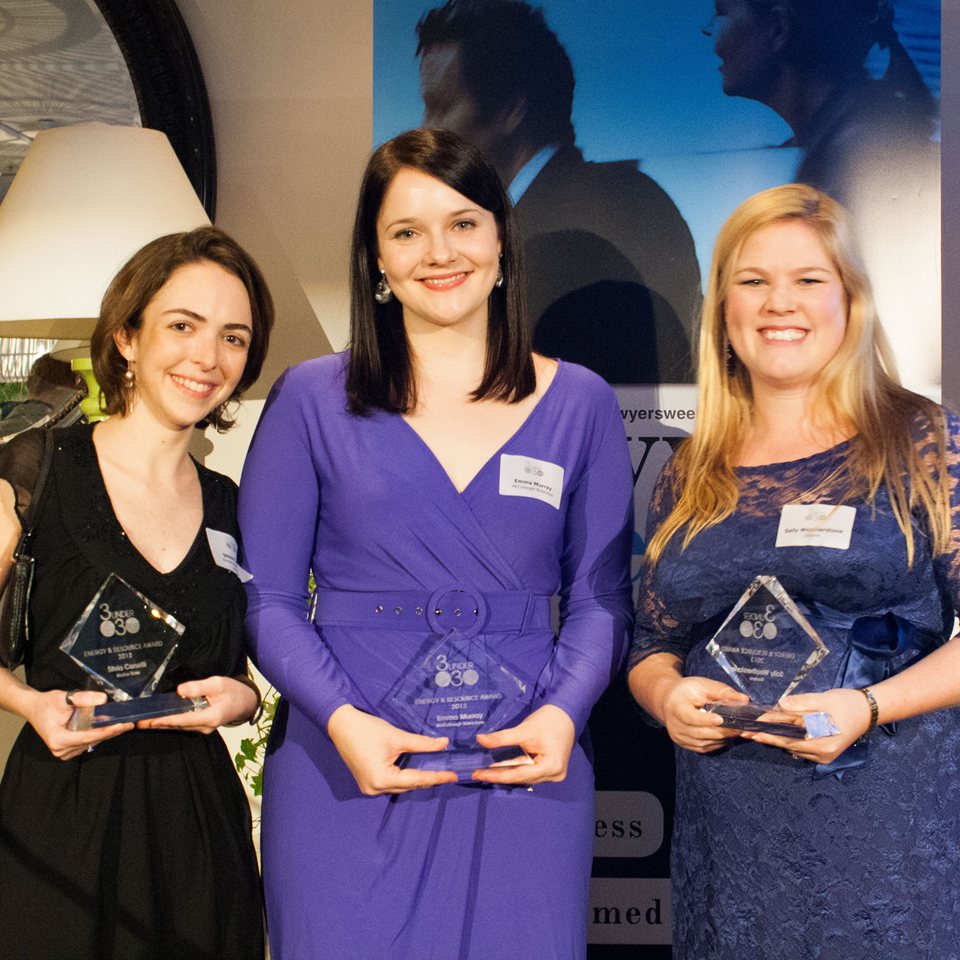 Two senior associates and an associate were the all-female Award winners in the Energy & Resources category.

“It’s so exciting; a real shock and a real honour,” said Weatherstone upon accepting her Award.

The judges were impressed with the calibre of each winner; each demonstrated specialised knowledge in the corporate space and legal prowess beyond their years.

Canetti has in-house experience in Brazil and Australia and speaks fluent Portuguese, French and Spanish; she is also learning basic Mandarin.

With expertise in equity capital markets, M&A and foreign investment advice, Weatherstone has serviced hard-rock mining and oil and gas companies in Australia, Asia, South America and Africa, and been described by clients as "very cool-headed, dependable and responsive".

Murray was honoured for her work on signature transactions, including Japan’s Sojitz selldown of its seven per cent interest in the Coppabella and Moorvale Joint Venture to Chinese company CITIC Resources in early 2013.

She also advised on the $8 billion restructure of the Peabody Group in late 2012 and the Whitehaven Coal/Aston Resources merger.

Mei-Li Ng, also from Norton Rose Fulbright, Ryan Gawrych from Minter Ellison and Aylin Girgin from Baker & McKenzie were the other finalists in the E&R category.

When asked in their applications how the legal profession as a whole could be improved for clients and lawyers, both Murray and Canetti brought up billable hours.

A key point raised by Canetti was that a lawyer’s contribution to clients and the profession goes beyond chargeable hours, and performance indicators need to take that into account to avoid work-life balance “becoming a distant ideal”.

“I do believe that timesheets can add value, but not as they are currently utilised in private practice,” said Canetti.

“Without this balance, interpersonal skills, which are so vital for long-term client relationships, can only deteriorate over time.”

Flexible workplace practices and the lack of women in senior partnership and management positions were issues of concern for Weatherstone, who was involved in setting up Gadens’ Women’s Forum.

“It’s a bit of a cyclical issue … if there if there were more women in positions of power … I think [we’d] see some great changes in the profession [including] increased flexibility for women, particularly women returning from maternity leave,” she said.