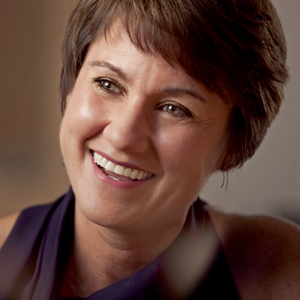 The head of a one-office firm has told Lawyers Weekly that unhappy partners at global firms are knocking her door down looking for pastures new.

The head of a one-office firm has told Lawyers Weekly that unhappy partners at global firms are knocking her door down looking for pastures new.

“We have been approached by more partners than at any other time that have been disaffected by an international merger,” Addisons’ managing partner Laura Hartley (pictured) told Lawyers Weekly. “They cite the international merger as the reason for their feelings of unhappiness on a number of levels.”

Hartley, who heads Addisons’ 13-partner Sydney office, was speaking to Lawyers Weekly in the lead-up to next week’s Lawyers Weekly Panel Discussion, sponsored by Burrows Legal.

The theme of the discussion is The Globalisation of the Profession. In Australia, the biggest impact of the globalisation of the domestic legal market has been the accelerating arrival of global law firms over the last three years.

Hartley believes the “unhappiness” of some Australian partners in firms that have merged with global rivals recently is linked to their practice being squeezed out by conflict concerns and a lack of power and personal freedom under the new regime.

“On a conflict level, they are having to check if the firm in Alaska has a client that might raise a commercial conflict and they might have to give up the work,” she said, tongue somewhat in cheek.

“The lack of autonomy from those partners now that they are being dictated to by a management structure from the UK or US is also causing dissatisfaction.

“That comes with the territory when you move into that international sphere, and I don’t know why partners don’t think about that when they move into those international mergers. That has been the most immediate effect in terms of partner disaffection.”

A number of partners have left firms involved in mergers shortly after they were announced or implemented.

“We had a lot of approaches from insurer clients where we were simply being conflicted out,” said John Edmond, now the head of Clyde & Co in Australia, and formerly the group leader of Allens’ insurance and reinsurance practice, when talking about how his practice played second fiddle to the firm’s banking and finance group.

A number of partners from Ashurst, DLA Piper, King & Wood Mallesons and Herbert Smith Freehills have also left those firms shortly after mergers were announced or in the process of being bedded down.

Those departing partners have joined a range of local and global firms.

Hartley, who said her firm had not lost any clients to global rivals, believes that boutique and independent firms have much more to gain by the arrival of global law firms, in addition to poaching partners. She said clients are also attracted by fees that are significantly less than that of their global rivals, and smaller firms also provide greater access to partners.

“I think the international firms are driving charge-out rates that are quite high,” she said. “I don’t think that fits with the Australian market at all and I think that they are possibly under quite a lot of pressure in this market.

“They might have a rack rate and then are having to discount quite significantly to keep clients happy.”

Hartley is one of six confirmed members of the Legal Panel at Lander & Rogers’ Sydney office next Tuesday (25 June).

You can see the first Burrows Legal Panel series here.