‘No hope’ for mid-sized firms 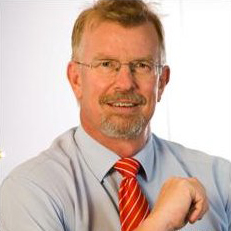 “The fat, lazy, undisciplined [firms] in the middle have no hope. They need to either sell out to a consolidator who will kick em’ in the backside and get them doing what they should be or get acquired by a big firm [that] will … make the money out of it they should have been all along.”

Ritchie’s straight-talking style had the audience laughing, and taking notes. His presentation centred on the Financial Performance Benchmarking Study of Australian Law Firms, for the financial year ending June 2012, by national accountancy firm Crowe Horwath, in partnership with ALPMA.

Decreasing a firm’s number of lock-up days is not a question of being ruthless; practice managers simply need to create clear payment expectations, said Ritchie.

“You are not your client’s bank … they’ll want you to be if you don’t spell out that you’re not,” he said, urging the audience to explain a payment agreement and deadline, and check that all employees are on board and the client understands.

“If they haven’t got the cash, [in some cases you can] do a deal with them with a fee funder. If you’re uncomfortable talking money with clients, get someone else to have that conversation … but someone has to have it.”

A chartered accountant and former partner in two accounting firms, Ritchie said he was shocked by the “enormous bulk” of mid-sized firms that have horrible profitability.

The study showed firms in the middle revenue brackets had an average profitability of six percent ($5m-$10m) and 10 per cent ($10m-$20m).

“These figures are crap when you think about the skills and the stress [involved] to earn it,” said Ritchie.

As a firm exceeds the $5m revenue mark, he suggested overheads can spike and partners, as they get older, can become comfortable passengers that have lost their drive.

Making it worth it

Reiterating the importance of working “smarter not harder”, Ritchie outlined a number of strategies to increase law-firm profitability.

“Price is an easy lever to push and it’s generally a bigger problem in your head than in the client’s,” he said.

Rather than asking partners to lift profit by $100,000 each, he asked that they find an extra $27 per chargeable hour, for the same result.

The 50-strong audience - around a third of which were from a legal background and the rest an accounting background - nodded as various examples were used to show how a number crunch can facilitate a more productive discussion.

“Measure for each author, work type and each client … make sure you resource the place right so the right people are doing the right work,” said Ritchie, adding that lawyers should consider positioning themselves as experts in a particular niche.

“You might have always done [the work] but, as an ‘expert’, the client expects you to charge more … they see you differently,” he said.

“Whatever you charge, a client will think you’re expensive; so don’t disappoint them.”

‘No hope’ for mid-sized firms