London not calling the shots 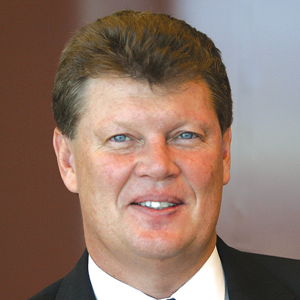 A stinging criticism of global law firms from a prominent Corrs partner has drawn a strong rebuke from Grant Fuzi, who told Lawyers Weekly that he, not the London HQ, runs the A&O show in Australia.

A stinging criticism of global law firms from a prominent Corrs partner has drawn a strong rebuke from Grant Fuzi, who told Lawyers Weekly that he, not the London HQ, runs the A&O show in Australia.

On Tuesday 25 June, A&O’s Australia managing partner Fuzi and Corrs Chambers Westgarth partner Philip Kapp were part of a high-profile Lawyers Weekly video panel discussion at the Sydney office of Lander & Rogers on the topic of the Globalisation of the Profession.

“I am not a huge fan of the international firms, they obviously have a place, and Grant and I are old friends ... but our experience was that it is run out of London and New York and you will struggle with billing because it is run on New York and London rates, and the New York and London firms will throw 75 people at due diligence while we will send two junior lawyers down there.”

Kapp discussed experiences from when he was head of Andersen Legal in Australia more than a decade ago.

The collapsed global law firm, the legal arm of the now-defunct global accountancy practice Arthur Andersen, set US-dollar denominated rates for its Australian partners, which at one point meant Kapp and his fellow partners were costing $1500 per hour as opposed to rates of $500 per hour offered by their main Australian competitors.

Kapp said that he decided to leave Andersen Legal when he received a call from senior management in the US asking him to reduce the Australian partnership by 20 per cent.

He “did the deed” and resigned shortly afterwards to join Minter Ellison, before joining Clayton Utz  in 2004 and then Corrs last year, where he said he is “swamped” with work.

“I have never been invited to so many law firms in the US and the UK and we are suddenly best friends with about 30 firms that wouldn’t have spoken to Corrs before [the merging of national firms with globals],” he said, telling Lawyers Weekly that two major US-based private equity consortiums now use him in preference to King & Wood Mallesons, with the Australian firm’s merger with the Chinese firm not attractive to those clients.

Unsurprisingly, Fuzi (pictured below), who sat around the Clayton Utz partnership table with Kapp from 2004 to 2010, hit back at his friend’s claims that the Australian partnership of global firms has its strings pulled by overseas headquarters.

“We should dispel a couple of myths,” he said in opening what was a full-throttle defence of the global law firm model. “This concept that London tells an Australian office what to charge because of the exchange rate is rubbish, and this concept that they impose UK budgets on Australian partners is, again, rubbish.”

Fuzi added there would be a “rebellion” if A&O’s Australian operation was sidelined by the global management.

The two additional partners from national law firms on the panel, Lander & Rogers’ Solakovski and Addisons’ Hartley, supported Kapp’s contention that globalisation has opened the door to national firms with regard to both workflows and lateral hires.

“What is the biggest immediate effect is this partner disenfranchisement with international practices, and I think Philip has given us some very real examples of how he personally went through that experience,” said Hartley, who told Lawyers Weekly last month that “[Addisons has] been approached by more partners than at any other time that have been disaffected by an international merger”.

“May these global mergers continue, really,” she said, adding that Landers has picked up significant international work through its membership of two global independent law firm associations.

“We have worked extremely closely with many large international law firms that don’t have a presence in Australia, primarily out of London, Tokyo, Singapore, Kuala Lumpur and, more recently, Germany.”

New legal order yet to arrive

The five private practice lawyers at the panel discussion were most interested in hearing what Transfield’s Kate Munnings had to say.

John Chisholm, a proponent of globalisation but an advocate for the end of the billable hour, said the arrival of global firms had not yet led to an overhaul of law firm billing and remuneration structures.

“Contrary to what you said in your introduction, because of my views on things like [time billing] I probably don’t get invited into the boardrooms of many of the national and international firms I used to,” he said.

“It is still very much a similar business model. Would I love the billable hour to leave us now? Of course I would.

“Will it happen in my lifetime? Probably not.”

DLA Piper’s Upton, who has done work for Munnings and Transfield, said that clients can demand change with regard to the provision of legal services, and they are increasingly flexing their muscles.

“Clients will just not tolerate there being anything other than innovative pricing proposals, very much directed to what they want to achieve,” she said.

“I think that type of partnering is exactly what all of us around the table are interested in having on a day-to-day basis in terms of servicing our clients.”

London not calling the shots