Home/
News/
No redundancies at A&O

No redundancies at A&O 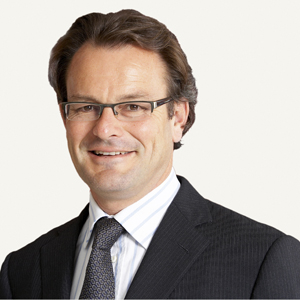 Allen & Overy equity partners earned an average of almost $2 million for FY2013, with the firm’s global head telling Lawyers Weekly there will be no job cuts.

Allen & Overy equity partners earned an average of almost $2 million for FY2013, with the firm’s global head telling Lawyers Weekly there will be no job cuts.

This morning (4 July) A&O posted its financial results for the year ending 30 April 2013. The global firm, which has 42 offices in 29 countries, increased turnover by 0.6 per cent to $US1.84 billion and increased its profit before tax by 2.2 per cent to $US770 million.

“You have to read them [the financial figures] against the backdrop of tough market conditions,” said Wim Dejonghe (pictured), the firm’s global managing partner, talking to Lawyers Weekly from London.  “We are actually quite pleased that overall we see a continued trend of growth, although at a moderate pace.”
A&O does not break down the figures for individual offices and countries.

A&O’s modest increases in revenue and profit were soaked up by an additional 15 full equity partners (full partners) being appointed in the last financial year, meaning there was no change to the average profit per full partner (£1.1 million) from FY2012.

What Perth problem?
Over the past five years, A&O has opened 14 new offices in 11 countries, including Australia.

During that time profit has increased by 15 per cent, turnover by nine per cent and the global partnership by seven per cent.

This growth has been underpinned by the firm investing in a counter-cyclical strategy to safeguard it against recent global economic shocks.

Despite resources and transactional work significantly drying up in Perth and Sydney, A&O has no plans to shift resources in Australia away from M&A and mining-related work into other areas.

“We have a very strong position in the Perth market and the resources market, and our Perth lawyers do work well beyond Western Australia, and we have been rather pleased with what we have seen from our Perth practice,” said Dejonghe, remaining unconcerned by the slowing down of the resources boom in Australia. “We take a long-term view on all these markets. The resources market is a cyclical market and you take the bumps when they come.”

Dejonghe also highlighted “operational and financial discipline” as a reason for his firm increasing revenue, and said this was not code for job cuts and an increased workload for lawyers.

“We have no redundancies planned, and I think we are in pretty good shape,” he said, adding that internal targets across the firm had not changed for many years.

Dejonghe also told Lawyers Weekly that diversity was a major concern for the firm, and that while it was not following the lead of its global rivals in setting targets, it was committed to increasing female partner numbers.

“Last year (FY2012) 40 per cent of our promoted partners were female, and this year it was disappointingly a bit lower,” he said. “We definitely want more women partners as part of our diversity policy and we will take whatever measures we need to take.”

Only three of A&O’s 21 Australian partners are women.

No redundancies at A&O