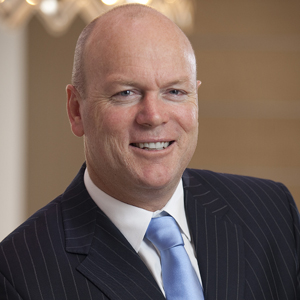 Global law firms have dominated in the selection of finalists for the 2013 Lawyers Weekly Australian Law Awards, proudly sponsored by List A Barristers._x000D_

Global law firms have dominated in the selection of finalists for the 2013 Lawyers Weekly Australian Law Awards, proudly sponsored by List A Barristers.

More than 100 nominations were received across the 10 categories open to private practice law firms and corporate counsel.  Twelve firms have multiple finalists, with six of those not calling Australia home.

The Awards will be held at Melbourne’s Crown Casino on Friday 26 July. Tickets can be purchased here.

Wotton + Kearney head David Kearney (pictured) is one of the finalists in the Managing Partner category.

“It is recognition that boutique firms form an important part of our marketplace,” he told Lawyers Weekly when commenting on his selection as a finalist. “There has been a lot of talk about global firms, and that is a clear trend in our legal services market, but I think there is a real place in this market for boutique firms as well, firms that really stand for something and put their flag in the ground and say we are all about a particular market and a particular sector.”

For the 2011-12 financial year Wotton + Kearney increased its revenue by 18 per cent, with Kearney saying that the firm expects a similar figure for FY2013.

The other finalists for that Award, one of the blue-ribbon Awards on the night, are Chris Freeland from Bakers, John Poulsen from Squire Sanders and the long-standing and respected Corrs supremo John Denton.

The Awards don’t just celebrate the achievements of senior lawyers.

“In the resources space we have one of the strongest teams in Australia,” said the Brisbane-based McCullough Robertson lawyer Liam Davis (pictued bottom), who is a finalist in the Young Gun category.

“I have had the opportunity to work with a number of wonderful partners who have given me opportunities that I think other junior lawyers might not have,” he said, when speaking about the opportunities for lawyers at McCullough Robertson to act on meaningful work early in their career.

Two of the four Corporate Counsel finalists are also under 30 years of age.

Twenty-seven-year-old Danielle Arnfield from Premium Wine Brands – Pernot Ricard in South Australia and Brisbane’s Gregory Seeto from Discovery Metals Limited are high achievers, with both lawyers having also been finalists in the recent Lawyers Weekly 30 Under 30 Law Awards.

Ashurst duo Emmelene Gray and Natalie Lazar, finalists in the Senior Associate and Young Gun categories, were also 30 Under 30 finalists.

Male majority
While 16 of the 30 winners of the recent Lawyers Weekly 30 Under 30 Awards were women, a slight majority (26) of the 48 individual finalists in the Lawyers Weekly Australian Law Awards, proudly sponsored by List A barristers, are men.

With only two of Australia’s top 30 managing partners by revenue being women, it is not surprising this is an all-male group of finalists.

In the Dealmaker Award, proudly sponsored by JLegal, five of the six finalists are men, with senior Herbert Smith Freehills partner Philippa Stone battling for the main prize with heavyweights the calibre of Dr Nuncio D’Angelo, the head of Norton Rose Fulbright’s Australian banking & finance practice.

The Senior Associate and Law Student awards are dominated by women, with five of the six finalists in both those categories female.

We are all in this together
Two awards recognising teamwork and practice group excellence make their appearance this year for the first time.

The Transaction Team Award celebrates the corporate and M&A teams that regularly work through the night and weekends to get deals done. The six large global and national law firm finalists in this category are all recognised as market leaders and KPMG M&A head Jon Adgemis has a difficult job in picking the winner.

Two of the evening’s showcase awards, the Michael Kirby Lifetime Achievement Award and the Advocate Award will be handed out on the night to two of the profession’s leading lights.

The finalists in the Junior Counsel Award, proudly sponsored by Sheahan Lock Partners, and the Senior Barrister Award will be announced tomorrow in the weekly Wig + Chamber e-newsletter.

All the finalists from private practice and in-house: