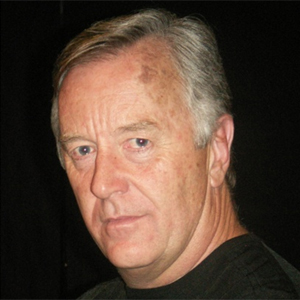 Disgraced lawyer Andrew Fraser was tight-lipped when questioned by Lawyers Weekly about whether he received part of a $1 million reward for giving evidence in the Dupas murder case.

Disgraced lawyer Andrew Fraser was tight-lipped when questioned by Lawyers Weekly about whether he received part of a $1 million reward for giving evidence in the Dupas murder case.

Fraser (pictured) will reportedly receive a sizeable share of the money after helping secure a conviction against Peter Norris Dupas for the murder of 25-year-old Melbourne woman Mersina Halvagis, according to the Herald Sun.

The notorious criminal lawyer, who had Alan Bond, crime patriarch Lewis Moran and the Hells Angels as clients, did time with Dupas after pleading guilty in 2001 to helping import over five kilograms of cocaine. In 2011, after Dupas’ final appeal, Victoria Police reportedly activated the process for payment of a $1 million reward.

But Fraser refused to confirm or deny that he had received money for being a key witness against Dupas. “Assume nothing in this world except debt and income tax,” he told Lawyers Weekly.

Fraser was considerably chattier about his current projects, which include two documentaries and a book on Bradley John Murdoch, who is serving a life sentence for the 2001 murder of English backpacker Peter Falconio.

“I think the bloke should not be in jail,” he said, claiming that he has proof that points to Murdoch’s innocence, but the public will have to wait until the release of his book early next year for details of the alleged evidence.

He added that he hopes the book will be a catalyst for the case to be revisited by authorities.

“There’s a hell of a lot of material that points to this bloke suffering the greatest injustice since, wait for it, Lindy Chamberlain; and where did [both cases] happen: the Northern Territory.”

During the 2005 trial, Murdoch’s lawyers criticised Northern Territory police’s handling of evidence and suggested items had been planted at the crime scene.

Fraser’s book on Murdoch follows Court in the Middle, Lunatic Soup and Snouts in the Trough.

In 2010, Lawyers Weekly reported that Snouts in the Trough was withdrawn from sale in Victoria after the book's publisher, Hardie Grant Books, was informed by the Victorian Office of Public Prosecutions that the book breached suppression orders.

In the book, which remains available in other states and territories, Fraser alleges endemic corruption within the Victorian police, and alleges the state government and the Office of Police Integrity are aware of corruption but do nothing about it.