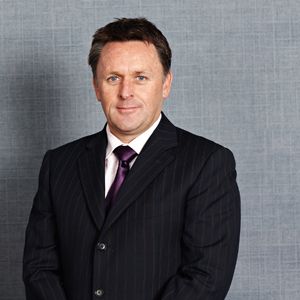 When the transaction market is down, disputes normally ramp up, so litigation and ADR lawyers have had a busy 12 months.

When the transaction market is down, disputes normally ramp up, so litigation and ADR lawyers have had a busy 12 months.

Below we profile four of the best dispute resolution firms in the country, all finalists in the Dispute Resolution Team Award, proudly sponsored by Negocio Resolutions.

The Dispute Resolution Team Award is an inaugural award on the program of tomorrow night’s (26 July) Lawyers Weekly Law Awards, proudly sponsored by List A Barristers. You can purchase tickets here.

Corrs Chambers Westgarth has one of the best dispute resolution practices in Australia. The firm was in the glare of the media spotlight with regard to its representation of Gina Reinhart in her dispute with two of her children, and it also acts for international corporate heavyweights such as Asahi in high-stakes commercial litigation. Corrs’ crack dispute resolution team also acted on two of the most contentious court cases over the past two years. The firm acted for Fortescue Metals in its battle against ASIC in a case that has had far-reaching implications for boards of directors regarding misleading or deceptive conduct laws. It also acted for British American Tobacco (BAT) in a constitutional challenge in relation to generic packaging.

Sydney-based partner James Whittaker (pictured) has been BAT’s litigator of choice for over a decade. Corrs also developed Casefolio, a document review iPad app for lawyers designed for use in courts, arbitrations, mediations and conferences with witnesses and clients.

The Herbert Smith Freehills dispute resolution team is seen as the go-to team by many of the largest domestic and international organisations. HSF acted for SP AusNet in the Kilmore class action, which went to trial in March this year, and arose out of the 2009 Black Saturday bushfires in Victoria, and also acted for Apple in Federal Court proceedings against Samsung. ANZ, BHP Billiton and the Bank of China are other clients that HSF has acted for with regard to litigation or alternate dispute resolution.

The Australian arm of the Norton Rose Fulbright dispute resolution practice has been kept extremely busy both at home and abroad. The firm’s transport disputes team, headed by Ernest van Buuren, acted for a Portugese company and the owners and insures of a shipping vessel that sunk off the coast of Malaysia in July 2011. This dispute broke new ground for conflicts of laws and admiralty law in both China and Australia.

The matter settled before court proceedings in three different countries came to a conclusion. Internationally, the firm’s Annual Litigation Trends Survey is one of the legal world’s leading thought-leadership pieces on dispute resolution.

Insurance boutique Wotton + Kearney round out the list of finalists.

W+K’s submission highlighted the work of its team that acted for Powercor Australia in the Victorian Bushfires Royal Commission and three subsequent class actions. Describing the litigation as “highly charged and sensitive”, W+K was able to engage 19 separate expert witnesses across various technical disciplines. Liability issues around all three of the Powercor class actions settled in June 2013.

The dispute resolution team at W+K also demonstrated that, wherever possible, it will seek the early resolution of a matter.