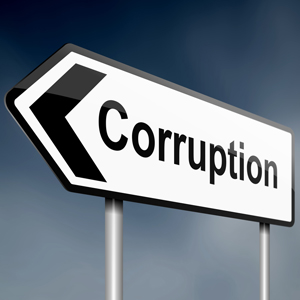 A former global head of Baker & McKenzie is one of two former partners of the firm found to have engaged in corrupt activity.

McGuigan was with Bakers for 25 years, including spending four years in Chicago as the firm’s global chair.

An M&A lawyer, he was a member of the firm’s partnership in both New York and Hong Kong, acting as the managing partner of the latter office.

He was also a member of the financial committee and chaired one of the firm's four global business units.

McGuigan and Atkinson both left Bakers in 1998.

ICAC found that McGuigan and Atkinson engaged in corrupt conduct in relation to their actions involving the Mount Penny mining tenement in the Bylong Valley, near Mudgee.

ICAC found that McGuigan and Atkinson, along with three associates, engaged in corrupt conduct by taking steps to conceal the involvement of former NSW government minister Eddie Obeid and his son Moses in the Mount Penny tenement with the intention of deceiving relevant NSW government public authorities or officials as to that involvement.

McGuigan and Atkinson were part of a consortium of investors in Cascade Coal.

Cascade won the right to explore for coal at Mount Penny, an area where the Obeids had purchased land after receiving information from former NSW resources minister Ian Macdonald.

Both Eddie Obeid and Ian Macdonald were found to have engaged in corrupt conduct.

When contacted by Lawyers Weekly, Bakers had no comment on the conduct of its former partners.

McGuigan was the CEO of Krispy Kreme Australia at the time, with Atkinson a director of the company.

Krispy Kreme went into voluntary administration after it revealed it owed $15 million to John Kinghorn, the co-founder of RAMS Home Loans company and a significant investor in the company.

Kinghorn was also found to have engaged in corrupt conduct by ICAC with regard to the Mount Penny tenement.

ICAC prompts firm to change
Bakers was not the only firm brought into the spotlight at the ICAC hearings.

Colin Biggers & Paisley acted for the Obeid family for much of the time the former NSW Labor government was in power.

CBP partner Greg Skehan acted for the Obeid family extensively and appeared before the ICAC inquiry.

In November 2012 he told the inquiry he could not recall why he agreed to become the sole shareholder in an Obeid-owned company called Voop.

Skehan was also a director of Australian Water Holdings from mid-2009 until January this year. The ICAC inquiry heard that the Obeids sought a multi-million dollar stake in the company in 2010.

No adverse findings were made against Skehan by ICAC.

Speaking to Lawyers Weekly in April, CBP managing partner Dunstan de Souza said Skehan’s position in the partnership was never jeopardised by his links to the Obeid family.

However, one change the ICAC inquiry did prompt de Souza to instigate was to overhaul the firm’s policy with regard to members of the partnership holding board positions.

Previously, it was de Souza alone who gave the green light or vetoed any board appointments.

In the wake of ICAC, a corporate committee has been set up to judge the appropriateness or otherwise of each and every director’s position.

“We had a situation with directorships being taken up that had an effect on the firm’s reputation,” said de Souza. “Sometimes with the best of policies you get a bad outcome.

“We just wanted to see if there was anything in the policy that needed tweaking to see if we could avoid this in the future or minimise these sorts of consequences in the future.”

The new corporate committee at CBP is made up of a partner from each of the firm’s offices in Melbourne and Sydney, along with an additional three members of the firm.