Crean of the deal crop 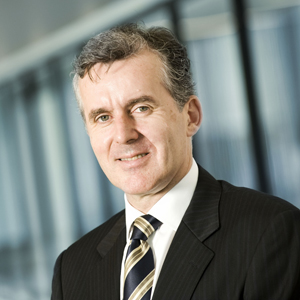 Arguably the biggest deal the winner of the Dealmaker Award, proudly sponsored by JLegal, has acted on was helping his firm to merge.

In addition to his role as a Sydney-based M&A partner, Crean was a leading figure in his firm’s merger with Herbert Smith last year, developing the merger strategy with CEO Gavin Bell.

Up until October 2012, Crean was the chairman of Freehills prior to the merger.

This certainly caught the eye of the judge, Dr Stephen Moss, the chairman of Eaton Capital Partners.

“The combination with Herbert Smith is the only full merger so far with the international firms. This final piece makes it very hard to go beyond Mark for this year’s Lawyers Weekly Dealmaker Award, proudly sponsored by JLegal,” said Moss.

In addition to brokering global law firm mergers, Crean is one of Australia’s most respected M&A lawyers.

He acted for Austar on its $1.9 billion acquisition by Foxtel, the Ten Network in its dealings with Southern Cross Media on proposed changes to audience reach rules, and Pepper Homeloans on a number of strategic European acquisitions valued at around €750 million.

“In my view, in the heat of battle Mark’s ability to distil and communicate the key points and create a consensus at the table exceeds any other lawyer I have worked with,” said Michael Culhane, the executive chairman of Pepper Homeloans.

The respect for Crean’s legal acumen is shared by rivals that sit on the other side of the deal table from him. Peter Stirling, the noted M&A partner at King & Wood Mallesons, said when Crean talks, others listen.

“He has a presence and magnetism and I often find myself nodding in agreement when he is speaking,” said Stirling. “He is one of the best M&A lawyers in Australia and a worthy winner of this Award.”

Crean was unable to attend the Awards due to personal reasons.

His friend and Herbert Smith Freehills colleague, Rodd Levy, a Melbourne-based M&A partner with the firm, accepted the Award on his behalf.

“He would be delighted to have won this Award,” said Levy.

The other finalists in this category are also recognised as leading transaction lawyers.

Crean is the third winner of the Dealmaker Award from Herbert Smith Freehills in the last four years.

Last year Rebecca Maslen-Stannage won the Award and in 2010 Tony Damian was the Dealmaker Award recipient.

Crean of the deal crop