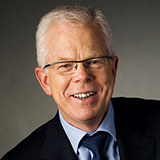 The chief executive partner of Mallesons who brokered its merger with King & Wood has said it is inevitable that firms like King & Wood Mallesons will venture into other markets.

Robert Milliner (pictured) said the total internationalisation of Mallesons was always part of the discussion at the firm, even before the KWM tie-up in 2012.

“Firms will have to make a choice about the type of firm they want to be, and this wont be static; it won’t stop. It’s a global process that will keep going,” said Milliner, the chief excecutive partner of the firm for over seven years before he retired in January 2012.

The move will take effect on 1 November and bring KWM to include 553 partners, 2233 lawyers and 30 locations, making it one of the 25 largest legal practices in the world.

Milliner said he saw the move as simply a further step in the internationalisation process.

“The challenge for law firm leaders is to communicate what’s happening, to their partners and staff, [so] everybody realises there’s a permanent ongoing state of change, and that firms do have to respond to it by choosing a direction and executing it,” said Milliner.

KWM has faced a series of challenges in its effort to re-invent itself through offshore mergers. After instituting a pay freeze to cut costs in May, the firm lost its Australia managing partner Tony O’Malley, as well as senior partner Tim Blue.

The firm was expected to announce a merger with Singapore firm WongPartnership earlier this year but the deal reportedly fell through when Singapore partners rejected the financial terms.

Milliner would not comment on such events except to say that KWM partners were responding to new market conditions.

He said he did not buy the argument that remaining an independent Australian firm is of itself “a great distinguishing characteristic that is an innovation”.

“It’s just a decision not to do something. [Remaining independent] is not a relevant factor to clients; it ignores the underlying issues in the market: the fact it’s become a more competitive market and a shrinking market in Australia,” he said.