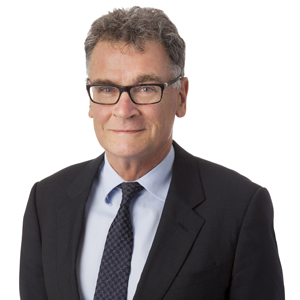 Revenue and headcount dropping due to economic pressures is the biggest challenge facing law firms in Australia this financial year, according to a Lawyers Weekly poll.

Revenue and headcount dropping due to economic pressures is the biggest challenge facing law firms in Australia this financial year, according to a Lawyers Weekly poll.

Close to 500 people (478) responded to the recent online poll, which asked: What are the biggest challenges facing law firms in Australia this financial year?; with 58 per percent citing ‘Revenue and headcount dropping due to economic pressures’ as the biggest challenge.

“It’s not just economic pressures though,” said Chris Lovell (pictured), the managing partner of Holding Redlich, when speaking to Lawyers Weekly about the poll. “There’s a number of factors that have come together at the same time: not only is the economy not strong, and business activity has fallen off pretty consistently since the GFC ... commercial enterprises have [also] become a lot smarter about how they use legal services.”

Lovell added that the increase in the number of in-house counsel, a reluctance on the part of clients to litigate, and the internet have all had an impact on business activity for law firms.

“People can [now] look up legislation and read it themselves [on the internet] and sometimes they feel they don’t need lawyers. There are all sorts of factors that are contributing to a squeeze on the profession.”

Legal consultant Ted Dwyer said that, while obviously there are challenges now, ultimately facing these challenges could lead to a positive outcome for law firms and clients.

“I think it’s great for clients; I also think it will make more firms more professional in the way they deliver work. It’s been a very benign market in Australia; law firms have been able to pretty much roll on year after year and as a result have become ... maybe not as sharply attuned to client needs as they need to be.”

Lovell said: “I think lawyers have got to appreciate that the glory days where you got a 10 per cent increase every year come hell or high water just aren’t here anymore.

“Law hasn’t [always] acted in a very businesslike way ... maybe the legal profession is just coming back to reality [now].”

Twenty per cent of respondents to the poll said the biggest challenge facing them this financial year is pressure to change billing structures and culture.

“It’s about being clever with your internal management of work, so when you provide estimates they are accurate, [and] it’s about firms communicating with clients more effectively to avoid [the client getting] nasty surprises.”

Lovell said his firm does offer, and is asked to offer, AFAs, and he added: “Some clients do want to reduce cost because they think it’s excessive – very often because they don’t understand exactly what we’re doing.

“[Lawyers] have always been pretty bad communicators about what we actually do. I think that’s pretty true across the profession, and I think it’s up to the profession to show clients ‘this is what we add’.”

Dwyer said: “There’s a lot of comment and noise about time billing and all the rest of it, but I think time billing will still be the dominant form of billing for the next 20 years.”

When it comes to time-billing’s effect on law firm culture, Dwyer said he thought it was the abuse of the system, rather than the fact that it was in place, that was the problem.

“Other professions have [billable hours] too, so the problem isn’t with the institution of it, the problem is with the abuse of it, and I think that’s where the major issue comes in.”

The other possible answers to the poll were ‘Keeping key staff in a competitive environment’ (10%) and ‘Market uncertainty in the run up to the federal election’ (12%).

Dwyer and Lovell disagreed somewhat on the impact the result of the federal election will have on the market. Dwyer said that he believes a clear winner will mean business activity will start to flow again, but Lovell wasn’t so sure.

“The likelihood of there being confidence engendered in the business community immediately after the election is not high, because it’s going to take time for whoever gets in to settle down to a coherent policy pattern that business can rely on, which is what engenders confidence," said Lovell.

“So, for lawyers, that’s why I’m a little bit doubtful of [whether or not] the rest of the financial year after Christmas is going to be as good as some people think.

“It’s hard to say. All I can say at the moment is the market is really flukey, and it doesn’t take much to upset it.”