Home>
NEWS>
Not all about the economy

Not all about the economy 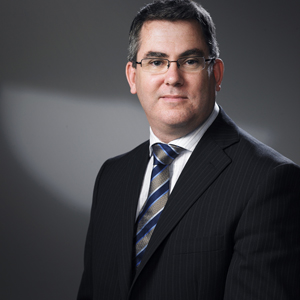 Insurance specialist Gilchrist Connell is going great guns, with 17 per cent growth in 2013, but the firm’s managing principal said it’s not just because the insurance market is countercyclical.

Speaking with Lawyers Weekly, Richard Wood (pictured) admitted that his firm has enjoyed a reasonable uplift in insurance litigation work across its Adelaide, Sydney and Perth offices thanks to “darker economic conditions”. But he hastened to add that this is not the only reason for Gilchrist Connell’s double-digit growth.

Wood said he does not believe the economic climate is as influential on the success of a law firm as has been claimed.

“Economic times don’t matter as much ... it’s a hard market out there for all law firms,” he said.

More than 90 per cent of the firm’s fee revenue comes from insurer clients, who tend to call the shots when working with firms, said Wood. He described these clients as “sophisticated volume procurers of legal services” that have the power to constrain lawyer rates.

Consequently, Wood has observed growing competition among firms in the insurance market as clients scrutinise the value that lawyers deliver. Demonstrating this value by assisting clients with their business objectives is the key to firm survival, he continued, not alternative fee arrangements (AFAs).

“Insurers trying to rationalise their businesses and make a buck in this market ... regard the hourly rate as a reasonably controllable beast because they govern it and they don’t let their lawyers govern it so much,” he said.

“They can do that because they have the volume of work to hand out.

That hasn’t stopped Gilchrist Connell offering AFAs to clients that request it, Wood pointed out.

The 50-strong firm has more than doubled in headcount since it launched in 2008, which Wood credited, in part, to mergers in the legal market.

“Opportunities like that are what we exist on,” he said, referring to insurance practices being downsized or dropped altogether by large firms rationalising their business in the wake of a merger.

Not all about the economy

Last Updated: 13 August 2013 Published: 13 August 2013
Do you know remarkable women in the legal industry leading the charge? Recognise these women as role models for the future female leaders in law, by nominating them for the Women in Law Awards 2021. Not only will you be showcasing their achievements and propelling their career, you will also be taking the first step in giving them the recognition they deserve.
Visit womeninlaw.com.au