Working from home key to keeping women in office 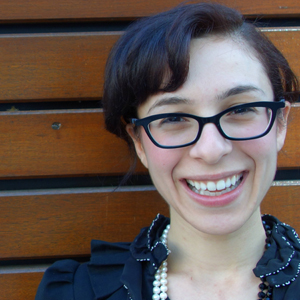 The head of Queensland’s peak body for women lawyers has told Lawyers Weekly that more women would stay in the profession if they were offered the ability to work flexibly.

The head of Queensland’s peak body for women lawyers has told Lawyers Weekly that more women would stay in the profession if they were offered the ability to work flexibly.

In June, Natalia Wuth (pictured) was elected president of the Women Lawyers Association of Queensland (WLAQ).

“Australia does have strong processes for the protection of women’s rights, but there are still gaps in relation to the advancement of women in the law,” she said.

Wuth cited the high rate of female attrition within the profession and low numbers of female partners and silks as evidence that women still face many obstacles to career advancement.

In Queensland, only five of 126 silks in the state are women.

Wuth said that all arms of the profession need to provide more flexible working options and offer greater support to women returning from maternity leave in order to remove those obstacles.

“Women who choose to have families and careers need to be supported in this choice, they need to be given an equal opportunity to pursue both of these elements in their life,” she said, adding that in order to help women achieve this, it was important they had choices to work flexibly and from home.

“Firms and organisations have the responsibility themselves for programs that actively support women’s advancement.”

She urged employers to support women returning to work after maternity leave by not setting meetings and deadlines between 8am and 9am or after 5pm, to avoid clashing with childcare drop-off and pick-up times.

Wuth said that part of her brief as the president of the WLAQ would be to ensure the profession understood it would be stronger with greater diversity.

“Appropriate tools are required to overcome the remaining obstacles to advancement,” said Wuth. “That is one of the reasons why WLAQ continues to exist.

“We facilitate those opportunities.”

Coral celebration
This year mark’s the 35th anniversary of WLAQ, with a dinner at Brisbane’s City Hall scheduled for 19 October to mark the occasion.

“It will be a fantastic evening, a special evening and one to remember,” said Wuth.

Four awards will be handed out on the evening, including the prestigious Queensland Law Society’s Agnes McWhinney Award.

Last year, that Award was won by Kelly Roggenkamp.

Working from home key to keeping women in office