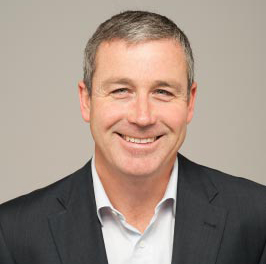 Two partners who spent a combined total of 28 years at Johnson Winter & Slattery (JWS) have quit the firm to focus on institutional clients in the Adelaide market.

Philip Laity (pictured) spent 18 years at JWS in Adelaide, 16 of those as a partner, while Kerry Morrow spent 10 years at the firm, four as a partner. The pair, who specialise in corporate and commercial law, opened the doors of their new firm, Laity Morrow, on 9 August.

The move was driven by the growth strategy at JWS, which Laity said is focused on winning work predominantly on the eastern seaboard and offshore.

“Over the last couple of years I’ve tried to focus back on the [Adelaide] market within that structure, but it wasn’t a structure that was conducive to that because of the overheads and the firm’s focus,” he said, adding that he wanted to continue to live and work in Adelaide.

“People in [JWS] are making personal decisions about how they want to retain their position; some are moving to Sydney and, for those who prefer to stay here, something will have to change for the firm to maintain a presence here.”

Laity Morrow now has four staff, including a paralegal who worked with Laity for 15 years at JWS, and a senior IR lawyer who was also previously a partner at JWS playing a consultancy role. Laity did not want to name the pair and said he had “no specific plans” to bring across other JWS lawyers.

Laity has acted as South Australian counsel for Herbert Smith Freehills, King & Wood Mallesons, Clayton Utz and Allens and his practice has focused mainly on structuring and funding of national project-related work and business enterprises.

Laity Morrow will concentrate on the institutional clients left in the Adelaide market, an area where Laity said JWS had “taken its eye off the ball” for some time.

The new firm does work for the three Adelaide universities and will also look to win work outsourced by the state government in relation to large projects.

“I’ve [worked] on the privatisation projects and outsourcing projects over the last 15 years and I’ve got very good relationships within the Crown Solicitors’ Office and [with the] premier and cabinet [offices], so we’ll be developing those,” said Laity, adding that at JWS he was unable to undertake government work, primarily because the rates the government were prepared to pay were “so far below the level of rates that JWS was able to stomach”.

“I see [Laity Morrow] as an opportunity to offer people I already service something that’s a little more value for money and not be constrained by the overheads of a firm that’s growing,” said Laity.

He plans to grow the firm’s staff to 10 over the next 12 to 18 months before consolidating and marketing the full team; most of the 10 have already been identified, and some are fully committed to joining the firm, he said.