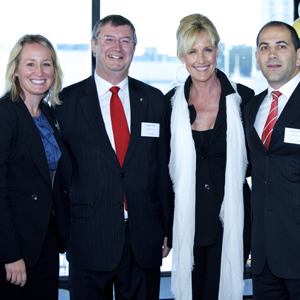 It’s the first new campaign Shine Lawyers has released since teaming up with Clemenger and media agency UM following the launch of a tender for advertising duties in April.

The law firm has said it marks “a completely fresh approach for the legal category, using animation to illustrate real stories, told by Shine clients”.

Shine Lawyers CMO Stephen Deane, said: “The new campaign would shine a light on the firm’s biggest points of difference which are being human, valuing great service, and making the legal process uncomplicated.

“It’s about taking people from an often dark place and helping them regain control of their lives through genuine, down to earth expert advice and support,” he added.

The first 30 second spot, launched over the weekend, has a distinctive animation style created by Airbag Productions. Tactical Tvc’s will follow and the campaign will also have a strong digital and radio presence, according to Shine.

“It’s been a very collaborative process with Clems and UM and the result is a campaign that will definitely have category cut-through,” said Deane.

“The campaign theme ‘That’s where we shine’ strongly brands the message for Shine Lawyers and reinforces the real difference we make to our clients’ lives.”

Caption: Brockovich (third from left) in 2012 with NSW Attorney-General Greg Smith (second from left) and Lisa Flynn and James Charra from Shine Lawyers.