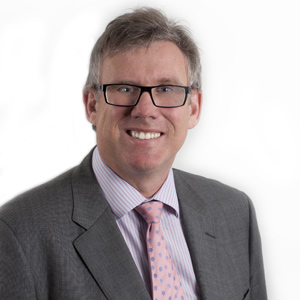 Perth salaries are catching up on those in Sydney, but the east coast city is likely to be home to the highest-paid lawyers in Australia for a while yet, the latest salary surveys reveal.

The gap between salaries in Perth and Sydney is increasingly narrowing, but a law firm managing partner said he doesn’t believe salaries in the WA capital will surpass those of the Harbour City anytime soon.

“I don’t see salaries in Perth overtaking Sydney,” said Michael Lishman (pictured), Clifford Chance’s Perth managing partner. “Perth is an incredibly expensive place to live [and] a lot of the salary pressures have been driven by cost-of-living issues that have been more acute in Perth.”

A slowdown in the energy & resources market in the last 12 months has seen a decline in demand for lawyers in the Queensland and WA markets.

The Mahlab Recruitment Survey 2013 found the majority of recruitment this year has been in Melbourne and Sydney, which has been mostly replacement roles, and that only 51 per cent of firms have increased salary bands – that compares with 92.3 per cent increasing salary bands in 2011.

Lishman said his firm has allowed salary increases this year: “We have given raises to support staff and to lawyers; some are CPI related but we are also allowing people to move between bands.”

Michael Page’s Salary and Employment Forecast for 2013/14 showed that only 60 per cent of employers planned to increase salaries for all employees in the next 12 months, with 55 per cent of those saying increases would vary according to performance.

“I think that over the next 12 months mining investment will stay strong in WA and Queensland, which will continue to grow, but my sense is NSW and Victoria will come out of the economic doldrums they’ve been in and there will be a bit of a bit of re-balancing of economic activity back to the east coast,” said Lishman.

In the in-house sector, things were a little less clear as to where had the highest salaries, with the Mahlab survey estimating general counsel salaries to be highest in Sydney, while the Hays guide estimated that Perth salaries for GCs are higher than those in Sydney.