Gavin Bell to step down 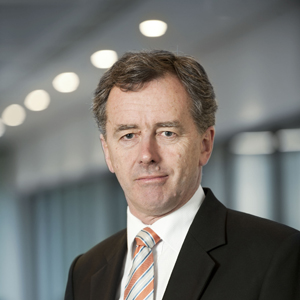 The two leaders of Herbert Smith Freehills, Gavin Bell and David Willis, will be leaving the firm next year.

The two leaders of Herbert Smith Freehills, Gavin Bell and David Willis, will leave the firm next year.

HSF announced today that Bell (pictured) and Willis, the firm’s joint CEOs, will leave the firm on 1 May 2014.

In February this year Bell suffered a major health scare and it is believed his decision to stand down is related to his desire to pursue other interests and to spend more time with his family.

It is also understood that Willis’ decision to stand down was his and that he was not pushed.

“David and Gavin are two of the principal architects of the merger. We are hugely appreciative of their outstanding work in the period leading up to the merger and they have been very successful and effective joint CEOs,” said London-based senior partner Jonathan Scott. “That the transitional management structure more broadly has worked well is in no small way down to their contributions.”

HSF said it was still to be decided whether Bell and Willis would be replaced by a single CEO or if the position would continue to be a dual one.

HSF has endured a challenging period since its merger was formalised.

It has lost prominent partners across the globe, including four Australian partners who left to join Seyfarth Shaw’s initial Australian office.

The firm also initiated a pay freeze in Australia in 2013.

Senior partner Mark Rigotti, who recently relocated from Sydney to London as the managing partner of industries and clients, and Jason Ricketts, the firm’s Australia managing partner, would both be strong contenders for the CEO role.

HSF expects the new appointment process will be completed by the end of the year.

Gavin Bell to step down