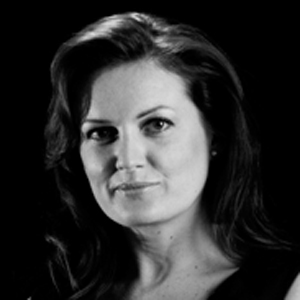 Baker & McKenzie has claimed the title of the world’s strongest law firm brand for the fourth year in a row, but DLA Piper, King & Wood Mallesons and K&L Gates are rapidly rising up the ranks.

Bakers has topped this year’s Global Elite Brand Index compiled by researcher Acritas. However, a number of “rapid risers”, including DLA, KWM and K&L, are edging closer to the number one spot, according to Sarah Chisman-Duffy (pictured), head of Acritas Asia-Pacific.

“Baker & McKenzie has this year, for the first time, dropped back slightly in terms of numbers,” she told Lawyers Weekly.

“Challenger firms could knock out the top firms ...  it is entirely feasible that the market will continue to reshape.”

The rankings are based on a points system that calculates brand awareness, favourability and consideration for multi-jurisdictional deals and litigation.

In the course of compiling the list, Acritas also found that firms that strengthened their brands during the economic downturn have substantially outperformed the market, with average revenue growth well over double that of the Global 100.

The rapid risers, for example, achieved 23 per cent average revenue growth between the 2009-10 and 2012-13 financial years. This compares to an average growth of nine per cent for the Global 100 for the same four-year period.

Chisman-Duffy said that the clearest differentiator among the fastest-growing group, and for Baker & McKenzie in first place, is their global footprint and high proportion of clients with international needs.

Meanwhile, traditional legal powerhouses, such as Clifford Chance, Slaughter & May and Skadden – a firm Chisman-Duffy said does not have a clear vision of where it sits in the market – lost 12 index points or more and averaged only a five per cent increase in revenue since 2009.

“Premium brands ... have lost ground against the challenger brands, which are hungry to increase expertise and international footprint at a better price point,” she added.

Chisman-Duffy also noted that these premium brands face intense competition for international work as the market becomes increasingly crowded; the top five firms, which took an average of 58 per cent of market share in 2010, took just 29 per cent this year.

The index is based on data compiled from 815 senior general counsel in $1 billion+ revenue multinationals.

The 20 most powerful firm brands