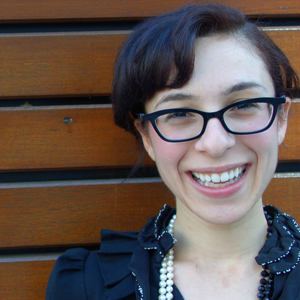 The president of the Women Lawyers Association of Queensland (WLAQ) has encouraged legal practitioners in the state to nominate the “person they sit next to” for an Award at the Association’s upcoming 35th Anniversary Gala Awards Dinner.

The president of the Women Lawyers Association of Queensland (WLAQ) has encouraged legal practitioners in the state to nominate the “person they sit next to” for an Award at the Association’s upcoming 35th Anniversary Gala Awards Dinner.

Four Awards will be given out on the night and they are open to all legal practitioners in the state: barristers, private practice lawyers, members of the judiciary, and those working in-house, in government or at Community Legal Centres (CLCs).

“We’ve had some really exceptional winners of these Awards in the past,” said Natalia Wuth (pictured), the president of WLAQ.

“Nominations are still open and we’re encouraging people to nominate anyone they know for any of the Awards,” said Wuth.

The opening address at the Awards will be given by Justice Jenny Hogan of the Family Court of Australia, who is also a past president of WLAQ.

“We thought it would be nice to have a former president who was just recently appointed to the bench to open our Gala Awards,” said Wuth. “[Justice Hogan] has had quite a distinguished career and ... she had a profound effect on the strategic direction of the WLAQ when she was president.”

Wuth said around 250 people are expected to attend the ticketed Awards Dinner, which will take place on 19 October in Brisbane City Hall.

Wuth, an in-house lawyer at Suncorp Bank who took up her year-long term as WLAQ president in June, was also keen to point out Awards like this and organisations like WLAQ are still essential in the profession.

“When I was first elected president I was quite alarmed when I counted out the number of female silks in Queensland (5 out of 126) ... I’m really passionate about WLAQ because there is still a long way to go.

“[Women are] still payed less and underrepresented at senior levels in the profession; I believe removing the systemic and cultural barriers to progression will make a stronger legal profession.

“WLAQ is about raising awareness and trying to bring about change to deliver a stronger and better legal profession for everyone,” she added.