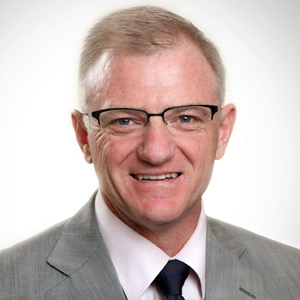 The head of Perth-headquartered Allion Legal has told Lawyers Weekly the firm has no plans for further national expansion.

The head of Perth-headquartered Allion Legal has told Lawyers Weekly the firm has no plans for further national expansion.

Speaking at the official launch of the firm’s Sydney office, managing principal Phil Lucas (pictured) said he is building a firm that is somewhere between a boutique and a mid-tier, with offices in Perth and Sydney only.

“We have no aspirations to be a mid tier,” he said at a cocktail event held at the Museum of Contemporary Art in Sydney last week (9 October).

The firm will continue to focus on energy & resources work, he added, while also specialising in a handful of other practice areas, including corporate, workplace relations, construction and litigation.

Allion’s Sydney office is currently led by two principals, David Walker and Jon Cane, who were previously partners at Holding Redlich. Lucas said he plans to grow the Sydney office to about the same size as the firm’s Perth office, which has around 50 lawyers.

Lucas denied, however, that the move to Sydney reflects a decline in resources work in WA, claiming the firm’s Perth operations have enjoyed a boost in corporate activity over the past four months.

“The Perth market has been very busy and clients are still actively looking for opportunities,” he said.

Lucas’ outlook has improved since an interview with Lawyers Weekly earlier this year, when he admitted that a tough market in WA meant the firm needed to diversify its revenue stream. “[The Sydney office] was really to balance out the business so it was not just exposed to the WA economy,” he said at the time.

A Bureau of Resources and Energy Economics report, released in April, found that the value of projects over the nine-month period to the end of the 2013 would drop by $12 billion to $256 billion. The report also found there was a 30 per cent drop in planned WA projects since its most recent report in October 2012.

Even so, the managing director of Origin Energy recently declared that the mining boom is far from over. At a University of Sydney lecture last month (5 September), Grant King said the construction boom in the energy & resources sector may be winding down, but the revenue phase is just beginning.

Australia is on the cusp of a new resources boom, he claimed, one based on delivering large energy & resources projects, such as the production of liquefied natural gas.