Home/
News/
A legal mentor admired by all

A legal mentor admired by all 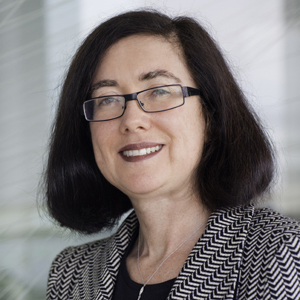 Gilbert + Tobin partner Gina Cass-Gottlieb was commended by a colleague and a rival at the 2013 Lawyers Weekly Women in Law Awards.

Gilbert + Tobin partner Gina Cass-Gottlieb was commended by a colleague and a rival at the 2013 Lawyers Weekly Women in Law Awards.

Cass-Gottlieb (pictured right) was the winner of this year’s Jacinta Fish Legal Mentor Award. While she could not attend the ceremony in Melbourne on Friday night (18 October), she told Lawyers Weekly ahead of the Awards that she was excited to be recognised in a category that she considers “very special”.

Fellow G+T partner, and a finalist in the Female Partner Award category, Rachel Launders (pictured below), accepted the award on Cass-Gottlieb’s behalf and said: “I can’t think of anyone more deserving of this award.”

Later in the evening, the Negocio Resolutions Pro Bono Award winner, Patricia Matthews from King & Wood Mallesons, congratulated Cass-Gottlieb on the win, describing her as “an outstanding candidate”.

As a senior partner in G+T’s competition and regulation (C+R) practice, Cass-Gottlieb has both mentored and sponsored numerous female lawyers through to partnership. She has also been credited by the firm with being the driving force behind its 35 per cent female partner ratio, one of the highest among national Australian law firms.

Jennifer Barron is one of Cass-Gottlieb’s mentees at G+T, who she supported in her promotion to special counsel. Barron described Gina as “an inspiring role model, not only as a brilliant lawyer but also as a person of integrity and humanity”.

Cass-Gottlieb was also praised by G+T dispute resolution partner Rani John for her “generous support of female lawyers at all levels of seniority, both within and outside the firm, on all manner of topics”.

“Gina has inspired many female lawyers over the years – myself included – about what is possible and what might be aimed for,” she said.

Award judge Will Irving, group managing director of Telstra Business, commented that Cass-Gottlieb has shown great flair and skill in both assisting lawyers one-on-one and in her leadership within her firm, the profession and the broader community.

Other noteworthy achievements include her work with Sydney University to encourage high school girls to study maths at higher levels and her appointment to the Payments System Board of the Reserve Bank of Australia earlier this year.

“All [of this] demonstrates her status as a true mentor and role model for women in the legal profession and beyond,” Irving said.

Irving also recognised the remaining finalists for their contribution to the betterment of the profession through mentoring.

“Each demonstrates boundless reserves of energy by mentoring many lawyers – and not just women – across their firms and outside ... every one of the nominees deserves the thanks of the profession for their work so far – and no doubt, their best is yet to come,” he added.

A legal mentor admired by all