Home/
News/
All White on the night for In-house Award

All White on the night for In-house Award 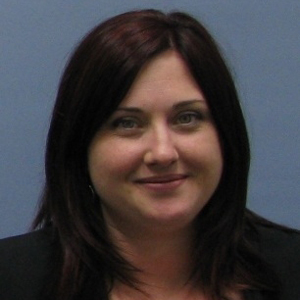 A government lawyer who led the implementation of the Commonwealth’s Legal Services Multi-Use List (LSMUL) took home the ACLA In-house Award at this year’s Lawyers Weekly Women in Law Awards.

A government lawyer who led the implementation of the Commonwealth’s Legal Services Multi-Use List (LSMUL) took home the ACLA In-house Award at this year’s Lawyers Weekly Women in Law Awards.

Emma White (pictured), who is the director of the Office of Legal Services Coordination at the Attorney-General’s Department, was the only nominee from the government sector among the quartet of finalists for this prestigious Award.

White, who was unable to attend the glittering ceremony in Melbourne on Friday night (18 October) because she is overseas, was up against three impressive nominees from major companies.

The Award’s judge, Jane Needham SC, said that the high quality of the candidates made this a tough decision: “While each applicant met the criteria in outstanding ways, making this decision particularly difficult, I was impressed with Emma’s recent achievements in co-ordinating and leading the implementation ... of new strategies for the streamlining of Commonwealth legal service delivery.

“She is committed to mentoring and guiding other women ... and has encouraged flexible work practices within her team,” added Needham.

The implementation of LSMUL required coordination and collaboration across a wide range of stakeholders within the government sector, and this is not the first award Emma has received in recognition of her work on it; the team responsible for the delivery of the reforms, which was led by Emma, was awarded an Australia Day Achievement Award for their work this year.

She is also an active mentor, with one of her mentees, Rachel Zorzo, who is a mother of two, saying that Emma “created a supportive and flexible working environment that allowed me to develop my legal career while still being able to enjoy my family responsibilities”.

Emma also leads by example when it comes to having a good work-life balance: she is self-employed as a voice and drama coach in Canberra and performs in musical and cabaret productions.

All White on the night for In-house Award