Home/
News/
Leaders of the future

Leaders of the future 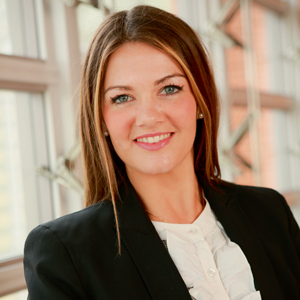 If the finalists for the Monash University Future Star Award are any guide, the future of the Australian legal profession is in good hands.

The Monash University Future Star Award was one of highlights of the Lawyers Weekly Women in Law Awards in Melbourne on Friday night (18 October).

Vanessa Warburton (pictured right), an associate from Minter Ellison, won this Award from an impressive field.

“Vanessa has undertaken outstanding legal work at her firm over the past 12 months,” said the Award’s judge, legal consultant Philip Gleed, a former managing partner of Mason Sier Turnbull and Rigby Cooke. “She has demonstrated a commitment to making a significant contribution to the legal profession and the wider community and she has amassed strong credentials to be a future star and leader of the legal profession and the wider community.”

Warburton has achieved an enormous amount since joining the firm’s M&A group in 2011.

She was the youngest member of the firm’s team on the recent privatisation of Port Botany and Port Kembla, with her work on the transaction drawing significant praise from senior figures.

“As a result of this landmark sale, the NSW Government now has the funds available to invest in infrastructure projects that will directly benefit residents across NSW,” said Lachlan McDonald, the general manager, corporate services, for Sydney Ports. “It is quite remarkable that this is a direct result of the hard work of people like Vanessa.”

Warburton’s level of involvement at Minters is not limited to areas of practice.

She has also served as a member of the NSW Young Lawyers Business Law Committee and acted as a mentor to female high school students at James Meehan High School in Macquarie Fields.

Earlier this year, Warburton was selected by the management of Minters to take up a secondment position with the firm’s Hong Kong practice.

This was the first time such a position had been offered to an Australian lawyer at the firm.

As she is currently based in Hong Kong, she was unable to attend the Awards. Caitlin Chiu, a special counsel in the firm’s Melbourne office, accepted the award on Vanessa’s behalf.

Mentors of the future
In presenting the Award, Professor Ann Monotti (pictured below on the right with Caitlin Chiu), the convenor of the commercial law group at Monash University Law School, made the point that female law students have more female role models now compared to when she was a student.

Monotti said that when she was a law student at the University of Melbourne in the late 1960s she was one of 25 women in a cohort that included 250 men.

Monotti also paid tribute to all of the finalists in what was one of the most competitive of the awards categories, telling the nearly 200-strong audience at the Sofitel Hotel that they are all perfectly placed to be role models for the next generation of lawyers.

“All of you can continue to do what you have done to demonstrate the qualities that have got you to this stage and to become future role models for all the students I teach and will be taught into the future throughout our faculty at Monash and throughout all of the law faculties throughout Australia,” she said.

Leaders of the future