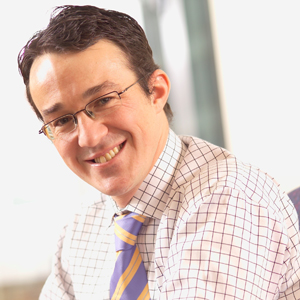 Slater & Gordon has claimed there is potential for a class action against the Commonwealth by victims of the NSW State Mine bushfire.

The NSW Rural Fire Service (RFS) confirmed last week (23 October) that the bushfire near Lithgow, west of the Blue Mountains, was started as a result of military training exercises on Marrangaroo Army Range.

The Department of Defence (DoD) is conducting its own investigation into the cause of the blaze that has burnt around 50,000 hectares of bushland and led to three homes being destroyed and others damaged.

Ben Hardwick (pictured), who heads up Slaters’ Victorian commercial and project litigation team, told Lawyers Weekly that, if current investigations find that the bushfire was caused by negligence on the part of the DoD, the firm is “certainly interested in assisting the victims in seeking compensation”.

“Everyone’s thoughts are with the victims of the fire at this stage.”

Slaters is currently representing WA residents affected by the 2011 Margaret River bushfire in a class action against the Department of Environment and Conservation (DEC).

That bushfire spread from a prescribed burn by the DEC and destroyed 40 properties in the wine-growing region, and damaged many others.

Slaters revealed in October 2012 that it would commence proceedings against the DEC, which was promptly followed by a State Government announcement that it would pay all claims for damage arising from the bushfire.

Mathew Chuk, a lawyer handling the Margaret River case, told Lawyers Weekly that all parties have agreed to a structured negotiation process for the assessment of each claim’s value, which is currently underway.

“We are hopeful that the claims can be resolved without resorting to litigation, but [we] will take that path if required,” said Chuk.

Hardwick said there are similar “positive noises” coming from the Commonwealth with regard to the State Mine fire.

NSW Premier Barry O’Farrell said on Friday (25 October) that he would discuss the bushfire and any potential Commonwealth liabilities with Prime Minister Tony Abbott.

While Slaters has shown a willingness to take on government in relation to bushfires, the firm chose not to pursue a class action on the back of a damning report into abuse in the armed services.

In an interview with Lawyers Weekly last year, Slaters’ military compensation group leader Brian Briggs ruled out launching a class action against the Australian Defence Force on behalf of victims of abuse.

The Defence Minister at the time, Stephen Smith, has since delivered a formal apology to the victims and an independent taskforce, headed by Len Roberts-Smith QC, has been formed to assess individual complaints.

Hardwick admitted that suing the government is more difficult than pursuing private citizens or corporations. Government decision-making in legal proceedings tends to be complex and opaque, he explained.

“It is not always clear who the decision-maker is that will determine whether to settle or push the matter through court, and this has a significant impact on litigation strategy.”

Hardwick also highlighted statutory defences available to governments alone, many of which have not been tested in court, which can create further uncertainty for plaintiffs.

He added, however, that these factors are “unlikely to stop us in this instance”, referring to a potential State Mine bushfire class action.

John Walker, the head of litigation funder IMF, also claimed that attaching legal liability to governments is “fraught with difficulty” in an interview with Lawyers Weekly earlier this year.

“It’s within the state’s power to ensure it is not liable or has a relevant duty; even if there is a relevant duty, it can grant itself immunity,” said Walker in January, when bushfires were burning in five out of six Australian states.

Walker admitted, however, that claims against government can succeed where specific duties are outlined under the empowering legislation.