Home/
News/
Legal A-list to turn out for opening

Legal A-list to turn out for opening 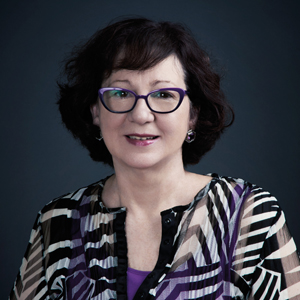 David Gonski heads a list of business figures, managing partners, general counsels, members of the judiciary and silks that will be attending the launch of a new legal body.

David Gonski heads a list of business figures, managing partners, general counsels, members of the judiciary and silks that will be attending the launch of a new legal body.

The Dispute Group will be formally launched at the University of New South Wales’ CBD campus in Sydney on Monday (11 November).

Speaking to Lawyers Weekly, Dr Rosemary Howell (pictured), one of the Dispute Group’s six members, said that Gonski agreed to speak at the opening because of personal connections he has with her and some of the other members.

“I am chuffed he agreed to do it,” said Howell. “You go to a lot of these things where there is no connection, yet David felt he could come and talk about us because he has some deep-seated relationships.

“It makes me feel there is integrity in this group.”

As a professorial visiting fellow at UNSW, Howell has known Gonski for many years via academic circles, with Gonski, a former Herbert Smith Freehills partner, UNSW’s current chancellor. Howell also taught one of his children.

The other two experts on the Dispute Group’s books are the well-known mediator Alan Limbury and Holding Redlich partner Harold Werksman.

The Group’s service will include conflict training, mediation and conflict coaching for corporate and individual clients.

“There is no doubt there is a growing awareness around ADR, and not just mediation,” said Howell, whose clients include senior executives seeking conflict coaching. “The role of general counsels, for example, in wanting to make sure that the right thing happened for the right reason and that their businesses don’t get distracted by bitter disputes and cultural issues.”

The executive director of the group is William Nicholls, who had a successful business career before deciding to study law, graduating with first class honours from UNSW recently.

Howell credits him for being the brainchild behind the Dispute Group's formation.

It is expected that around 80 people will attend Monday’s launch.

Legal A-list to turn out for opening