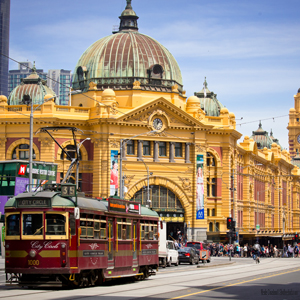 Victoria’s lawyer ranks swelled by just over 700 in FY2012-13, with complaints against lawyers also increasing.

The Legal Services Commissioner received 2039 complaints this year and resolved 2040, which included complaints that may have been received in the previous year.

Ninety-six per cent of complaints made this year were against solicitors and just four per cent against barristers.

The number of complaints increased by three per cent from the previous year, when 1982 complaints were received; the majority of complaints (54%) were about disciplinary matters, with 41 per cent civil complaints and five per cent a mixture of both.

However, the number of complaints about lawyers older than 120 days that were still open as of 30 June declined by 28 per cent compared to the same time the previous year.

Almost half of complaints (45%) were made about three areas: family law/defacto, probate & estate and commercial; those areas are consistently the most complained-about areas, according to the report.

Most complaints were made about costs/bills (30%), with negligence (17%) and dishonestly/misleading behaviour (6%) being the next most complained-about areas.

Of the civil complaints dealt with by the State’s Legal Services Commissioner, 74 per cent were resolved by the Commissioner’s Dispute Resolution Team, the Report revealed.

The Report also found that the Rapid Resolution Team (RRT), which focuses on conciliation of complaints relating to service issues, was able to resolve 31 per cent of total complaints.

Boys in the Bar

However, when it comes to barristers, men significantly outnumber women: 1456 men practise as barristers in the state compared to just 515 women.

There were 18,154 legal practitioners registered in Victoria as of 30 June this year; which is an increase of 701 on the previous year.

The Report also revealed that the Board awarded more than $2.27 million in funding to 14 organisations for law-related services; 10 were major grants, while four were project grants.

Grants have to be approved by the Attorney-General and must be used to support services and activities that are for the purposes of law reform, legal education, judicial education or legal research.

Organisations that received major grants, which are over $60,000 and can be distributed over up to three years, included PILCH, Deakin University and the Human Rights Law Centre.