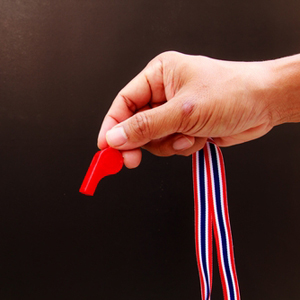 Engineering firm WorleyParsons is the latest company to be slapped with a lawsuit from Elliott’s business Melbourne City Investments. The writ lodged in the Supreme Court of Victoria relates to the WorleyParsons’ profit downgrade in November last year, which resulted in a 26 per cent share price drop and $1.4 billion worth of stock market losses.

Elliott is acting on behalf of all shareholders in the open class action and has accused WorleyParsons of failing to comply with its continuous disclosure obligations.

The writ does not include compensation figures, but Elliott revealed that the class action was likely to seek damages in excess of $100 million.

WorleyParsons’ share price fell 20 cents, or 1.25 per cent, to $15.80 after the firm notified the market of the lawsuit via an ASX announcement.

Elliott, who left Minters in 1999 to become the general counsel of Computershare, has launched similar lawsuits against Leighton Holdings and Treasury Wine Estates in recent months. He also initiated proceedings against collapsed investment company Banksia Financial Group in late 2012.

The lawyer-turned-class action specialist hit back at criticism that his lawsuits are distractions to CEOs and could adversely impact the shareholders he is representing.

“I don’t see any validity to the criticism and as far as I’m concerned I’m conducting a public service ... it’s your [CEOs’] job is to run a company in compliance with the law and if you don’t there will be consequences,” he warned.

Far from a nuisance, Elliott sees himself as “a bit of a corporate whistleblower”.

“I’m holding companies accountable for their inability to forecast and inability to advise the market with sufficient clarity and promptness when they realise the forecast is no longer achievable.”

He added that he is not intimidated by the size of the companies he is taking on and has the funds to see the class actions through.

Since Elliott launched proceedings against Leighton, the construction giant has sued the lawyer personally for allegedly producing a confidential document that was published in Fairfax Media.

Treasury Wine Estates also launched legal action against Elliott, seeking an injunction in November to prevent the lawyer from gaining access to the company’s shareholder register.

Elliott has since been granted access to that register.

Norman O’Bryan AM SC is counsel for the plaintiff in the class actions. O’Bryan represented the Australian Securities and Investments Commission in its legal action against the Australian Wheat Board (AWB) in 2009.