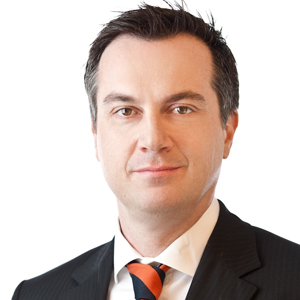 After a year in which Clifford Chance didn’t lay off any local staff, its Sydney head told Lawyers Weekly the firm is on track to be back in the black globally.

After a year in which Clifford Chance didn’t lay off any local staff, its Sydney head told Lawyers Weekly the firm is on track to be back in the black globally.

The last financial year (May 2012 to April 2013) was a tough one for Clifford Chance; the Magic Circle firm saw revenue dip by 2.5 per cent globally and by over three per cent in the Asia-Pacific.

Profits before tax slipped by almost nine per cent.

Speaking to Lawyers Weekly, Clifford Chance Sydney managing office partner Mark Pistilli (pictured) said his firm was able to ride out 2013 with no redundancies or pay freezes. He also added that the current financial year promises a more rosy set of numbers for the firm’s Australian offices in Sydney and Perth.

“We have seen strong improvement in activity levels across the offices of the Asia-Pacific region after last year’s slower markets,” said Pistilli. “We expect revenue to continue to grow as we continue with our growth strategy, accompanied by cautious but continued growth in lawyer numbers.”

A raft of global law firms have struggled in Australia over the past 12 months.

Allen & Overy, one of the few global firms in Australia that reported its global half-year financial results from May to October in 2013, increased global turnover for that period by 7.5 per cent, with no targeted reductions in Australian practice groups.

You do your thing, we’ll do ours
Pistilli said the increasingly crowded global law firm space since Clifford Chance established its twin offices in Australia in 2011 had not cut into his firm’s cash flow or altered its strategy.

“Each of these firms [global arrivals such as Herbert Smith and K&L Gates] has very different profiles, strengths and international networks,” he said. “Our strategy for growth was built around matching our skills in Australia with our international strengths and clients, and that plan has not been affected by other arrivals.”

Pistilli also echoed recent market sentiment that the M&A and capital markets were throwing off the shackles.

He said two separate billion-dollar-plus deals that Australian lawyers were working on closed in late 2013; and with regulators, such as ASIC, gnashing their teeth, litigators and competition and anti-trust lawyers are licking their lips.

“The other trend that will continue from 2013 is the sharp increase in regulatory investigations and white-collar crime work, particularly global or regional investigations that impact Australian companies or local offices of international companies,” he said.

“It is complex work that is led by our litigators but demands the involvement of lawyers from all our practice areas, be that finance, energy or general corporate expertise.”

Clifford Chance currently has over 70 partners and lawyers in Australia, more than double its initial Australian headcount in May 2011.