The price of privatising AGS 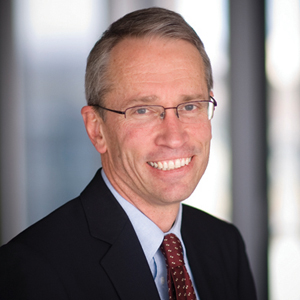 A leading academic has told Lawyers Weekly that selling off Australian Government Solicitor (AGS) won’t make a dent in the nation’s budget deficit.

A leading academic has told Lawyers Weekly that selling off Australian Government Solicitor (AGS) won’t make a dent in the nation’s budget deficit.

AGS is simply too small for its privatisation to have any meaningful economic impact, according to Ian Ramsay (pictured), the Harold Ford professor of commercial law at the University of Melbourne.

Ramsay’s comments follow the Abbott Government’s announcement that it will launch a “budget repair job” to address a deficit tipped to reach $50 billion.

“If the government is looking for substantial revenue from privatisation, it is unlikely that AGS is going to deliver that compared to, say, earlier privatisations,” said Ramsay.

AGS is the largest single provider of legal services to government with a market share of around 40 per cent. The government-owned law firm recorded $112 million in revenue and paid $9 million in dividends last financial year.

While the AGS generates a tidy profit and has equity totalling $38.7 million, Ramsay noted that the government has “billion-dollar financial pressures”.

If the government was entertaining offers, the sale price would be less that the value of AGS in its current form. The Office of General Counsel (OGC), which advises the Commonwealth across all portfolios on constitutional law, the development, implementation and interpretation of Commonwealth laws, and the machinery of government, is unlikely to ever fall into private hands.

The OGC employs around 70 lawyers which represents almost 12 per cent of the total headcount at AGS.

The commercial and dispute resolution arm of the business, on the other hand, is ripe for privatisation. Ramsay explained that the AGS operates in the mature, fiercely competitive legal market and offers the same services as many private law firms, making it an attractive acquisition to firms looking to expand their government practice.

A competitive market also reassures government that it will not risk the social costs associated with privatising a natural monopoly.

Despite being a viable business that is far from a monopoly, the sale of AGS won’t attract many suitors from the legal industry, with Ramsay explaining that the cost is probably out of reach for most law firms.

Even if they aren’t prospective buyers, Ramsay said many firms will benefit from the privatisation of AGS.

“[Firms] would see [privatisation] as arguably freeing up this area of being able to act for the government ... which means that work that AGS had previously done would be shared around more.”

Law firms could also see privatisation as an opportunity to court high-level government lawyers, he added. But these firms may have to contend with government departments willing to boost their in-house team in order to maintain their relationships with AGS lawyers.

The challenge for government, according to Ramsay, is to retain high-level staff to ensure the AGS remains viable and will therefore attract a price that makes privatisation worthwhile.

His advice to a government considering the move would be to first apply the experience of privatisation, both locally and internationally, to the AGS and then look at the economic arguments for and against privatisation along with the associated costs.

“A criticism of previous privatisations is that the costs of taking an entity private have been excessive,” he added.

The price of privatising AGS